A great-looking pop art style print-advert from The Coles Boot Co Ltd. Having developed 'The Six-Five Special'―a shoe style designed to appeal to rock 'n' roll and skiffle fans, which was named after the popular BBC rock 'n' roll television show launched in 1957, the production factory in Burton Latimer became a mecca for various stars of the pop scene, including Adam Faith, Joe Brown and the Bruvvers, Tommy Steele, and The Monkees. Be sure to check out the links at the end of the post for more details about the company. 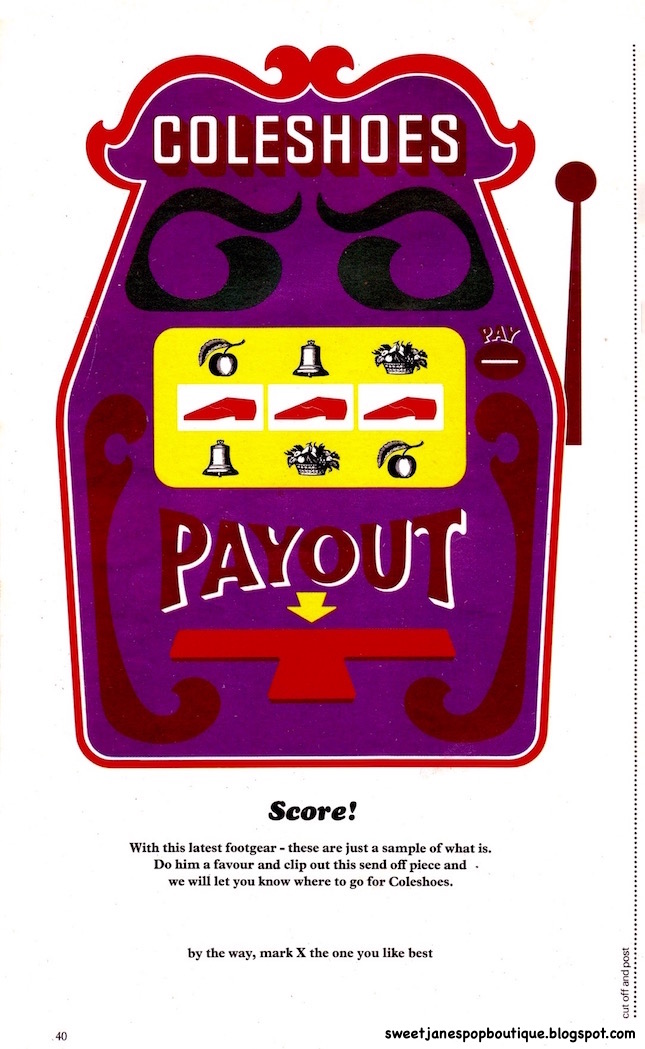 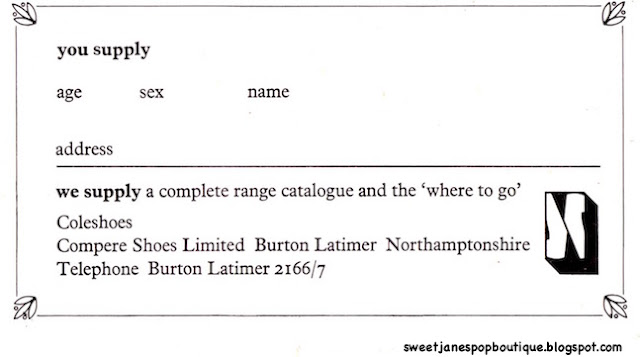 IMAGE CREDITS & LINKS
All images scanned by Sweet Jane from Intro Magazine, December 9th, 1967. Illustrator and photographer uncredited. Discover more about the heritage of The Coles Boot Co Ltd, established in 1908 by Wallace Coles in partnership with Frank Westley & Joseph Whitney, and further information about Burton Latimer's Boot and Shoe Trade. Watch Made in Great Britain (Series 1) Shoes: How Northampton dominated the shoe industry for centuries, becoming the shoe capital of Britain and exporting fancy footwear all over the globe. View some of my previous posts about 1960s footwear: Whatever Happened to Stephen Topper and Topper Shoes Carnaby Street; Just Dennis: A boy's angle on boys' fashion - Rave Magazine (1966). Rave Magazine Adverts for Manfield The Fashion Shoe Shop (1966) and (1967). Color is for Everyone! Pardon me - You're standing on my yellow foot Eye Magazine (1968); Some 'Dandy Fashion' via a Cavalli Shoes advert from Queen Magazine (1969); Sew Your Own Boot Camp! DIY style via Seventeen Magazine (1971). The History of the Chelsea Boot - the design and invention of which is attributed to J. Sparkes-Hall, boot maker to Queen Victoria. The Monkees on tour in England (1967). Adam Faith in Budgie - Out. Series 1 Episode 1 (April 9th 1971).  And finally, it's Time to jive on the old six five.
Posted by SWEET JANE at 07:25