The sartorial vision of a young Ossie Clark (centre), along with Niel Winterbottom (left) photographed in their finery against Antony Little's  fin de siecle style backdrop at Hung On You in 1966 by Terence Spencer for Life International―quite possibly makes this my favourite cover story by the magazine from this period! Inside, you'll find an eight page report on the continued rise and rise of the revolution in menswear emanating from London―and although some of the same content had previously been used in an editorial by the magazine in another feature on the revolution in male clothes just two months earlier, I would still imagine that when this particular issue arrived through their parents letter box over fifty years ago, it merely succeeded in reinforcing the thoughts that many a teenage son already had about heading to where the action was, to get 'The Look'...

It all began with the teen-age ''mods'' (Life International, July 27, 1964) who spent most of their pocket money on flamboyant clothes. Now the frills and flowers are being adopted in other strata of Britain's society, and the male fashions born in London have joined the theater among the British exports that aren't lagging. The way-out styles already have appeared in such disparate metropolises as Paris and Chicago and may eventually change the whole raison d'être of male dress. Photographed by Terence Spencer, the sartorial sights of London and Paris shown on these pages—exemplify the clothes that threaten the staid ''sad sack'' which European and American males have considered de rigueur. The explanation? The new clothes, says John Taylor, editor of London's Tailor and Cutter,'' are based on the sexual excitement principle rather than on the respectability and security motif.'' 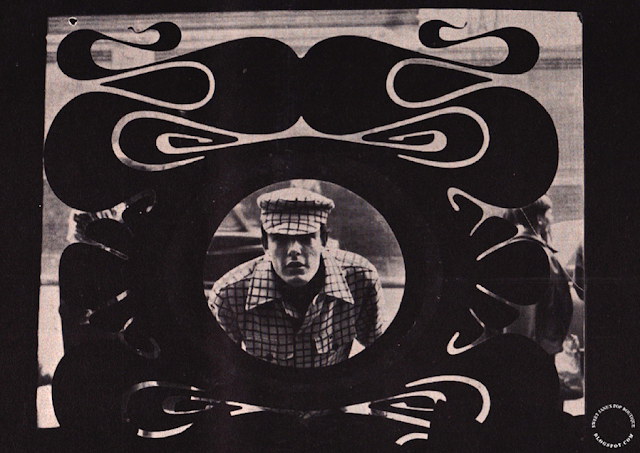 LONDON
Peering through the art nouveau window of Biba (designed by Antony Little), one of London's most popular boutiques, Model Richard Asman is investing in a common costume of the London Look—a checked version of British battle dress with Bob Dylan cap (unrumpled). Photograph by Terence Spencer. 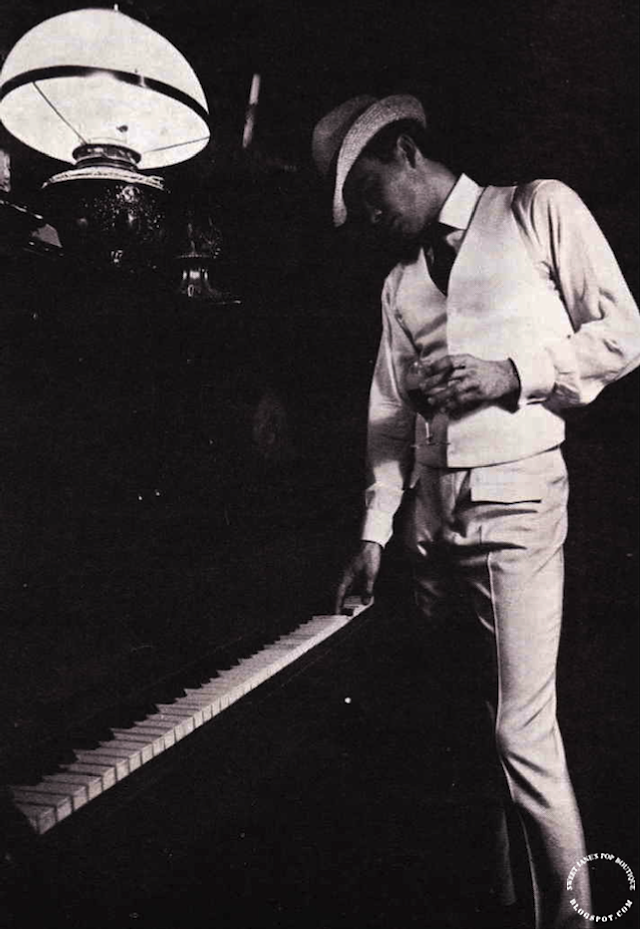 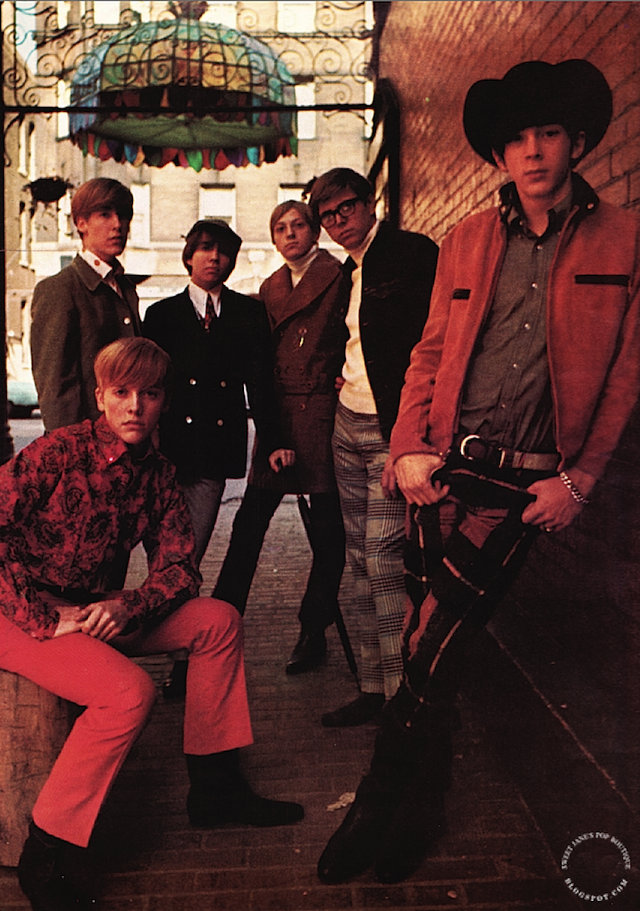 CHICAGO
The garish London garb has crossed one ocean. American teen-agers, like the Chicago boys above, are shedding their blue jeans for checked pants, dazzling shirts—though now and then retaining local flavor with a cowboy hat. Photograph by Henry Grossman.

‛If  You’re Not Way Out‚ You’re On Your Way Out’
The man who fomented London's male fashion revolution revolution is 29-year-old John Stephen, who five years ago opened a small shop on Carnaby Street. Since that time, he has opened eight more men's shops on that street, 14 others in the London area, and is $15 million richer. Stephen created the Carnaby Street Look which emphasizes, among other things, wide op-arty ties, turtle-neck sweaters and flowered shirts, boots and tight checked trousers. One secret of his success is the determination of London's young men to dress differently from their bowler-hatted elders. As one boy said in a boutique called Hung On You: ''If your clothes aren't way out, you're on the way out.''

Elegant Edwardian Attire of Chelsea's Aristocrats
London's fashion revolution is not all teen-agers and pop singers in op-arty ties and thigh high boots. A new aristocratic tailoring establishment such as Blades (below) is being influenced by the Carnaby Look, and Lord Snowdon and the Duke of Bedford wear styles of the way-out boutiques of Chelsea's King's Road as well as Carnaby Street. The Chelsea shops offer several elegant variations on the new attire such as a 1920s Silent Movie Look and an increasingly popular Edwardian Look like that flaunted by the two youths opposite, and by Christopher Gibbs. Says Gibbs, who is male fashion editor of Vogue and high priest of the Edwardian Look: ''We were revolted by the ugliness of suits of the regular 'good' tailor. We encouraged friends to dig into their heirlooms, to wear old clothes, to turn their backs on ugliness and conformism.'' 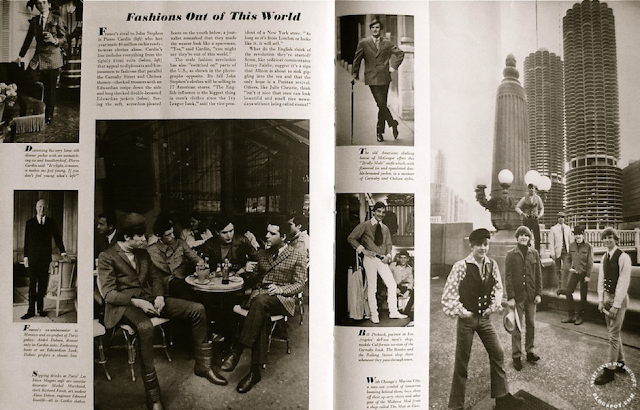 IMAGE CREDIT & LINKS
All images scanned by Sweet Jane from LIFE International, 11th July, I966. Cover photograph by Terence Spencer, all other photographs by Terence Spencer and Henry Grossman (see individual photo credits above). You'll find further information about Antony Little & Biba in one of my previous posts. A transcript from an industry discussion about the future of tailoring from a 1971 issue of The Tailor and Cutter which includes contributions from Eric Joy, designer and co-owner of Blades. Discover more about antiques dealer and collector Christopher Gibbs. David Hemmings, actor, director, and sometimes singer.  View some examples of the lesser known John Stephen womenswear range. An interview with Julie Christie from the documentary film 'Tonight let's all make love in London' (1967). And finally, an interview with Michael Chaplin (son of Charlie) and author of I Couldn't Smoke the Grass on My Father's Lawn.
Posted by SWEET JANE at 15:57 4 comments: