In this exuberant year of crazy haircuts, above-knee skirts and giddy stockings, the fashion designers in search of something even further out have turned to pop art. A dozen Junior Miss firms are busily running up little sleeveless shifts to serve as human canvases for the carefully delineated mundane objects which pop artists love to glorify. The dresses display a man's waistcoat and watch, beads and zippers, and for a real clincher, that famous can of soup. Pop fashions already have it made in the U.S. where teenagers are collecting them as avidly as their elders collect painted classics by pop masters like Warhol and Lichtenstein. According to visiting Londoner Jill Stuart, who poses here, they are a threat to those invading far-out styles, the French Yé-Yé's and her hometown Chelsea look. 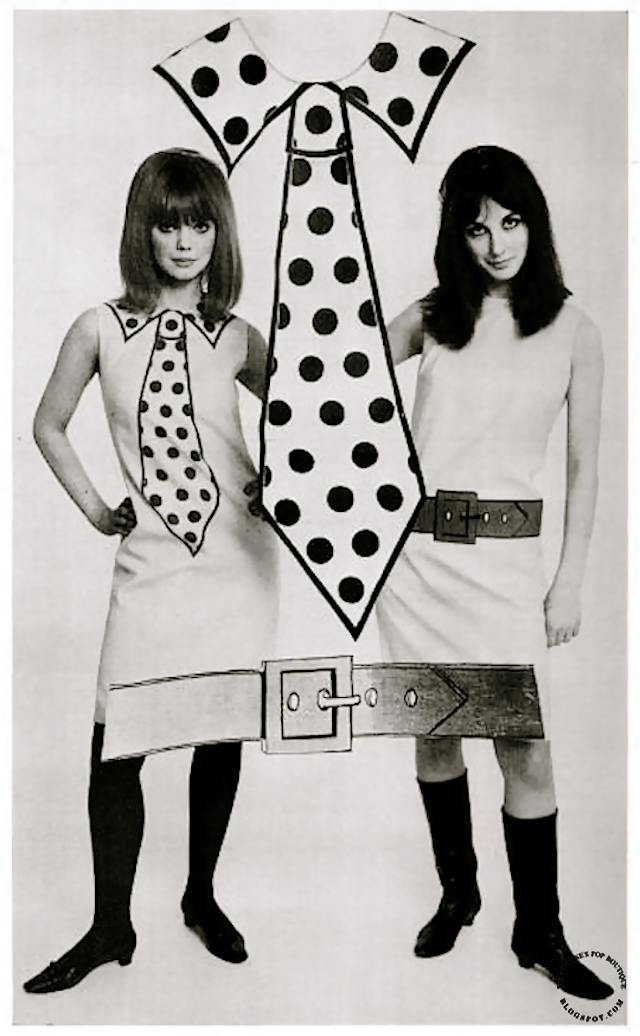 Bold polka dot collar and tie and out-sized hip belt are screen printed on above-the-knee shifts each $15, Bandbox Junior Petites. (*The dress on the right was yellow with a red printed belt). They are worn here by Jill (right) and American teenager Paula Feiten with no other accessories but their swinging, shoulder length hair, black stockings or boots. 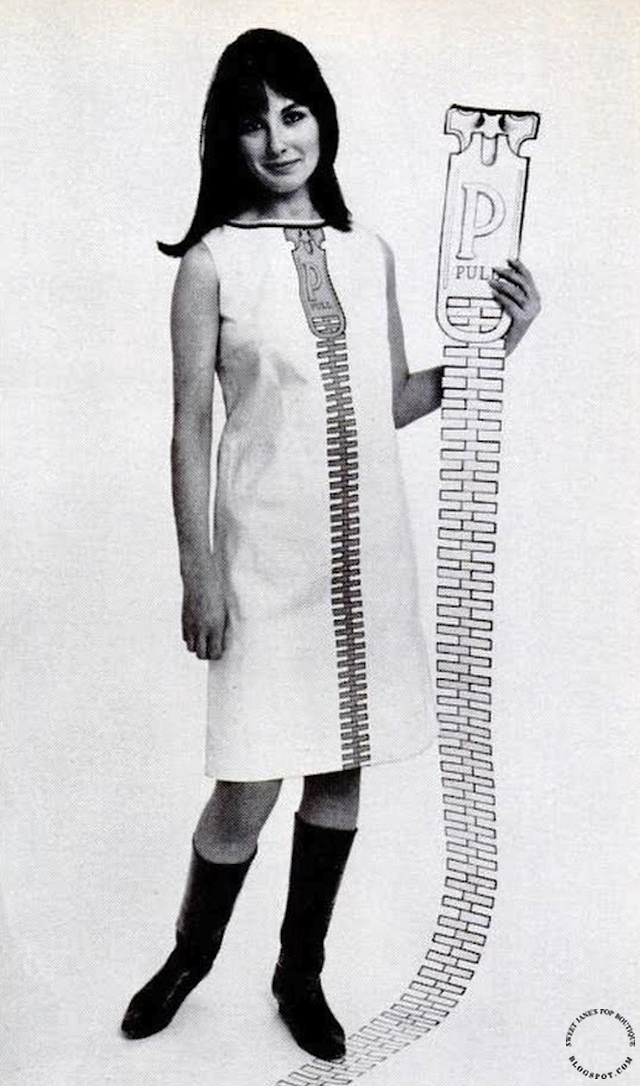 Giant zipper pretends to fasten front of dress (Crazy Horse, $15) - kidding, in pop fashion, about one of the most practical and unglamorous parts of apparel. (Real zipper in back doesn't show.) 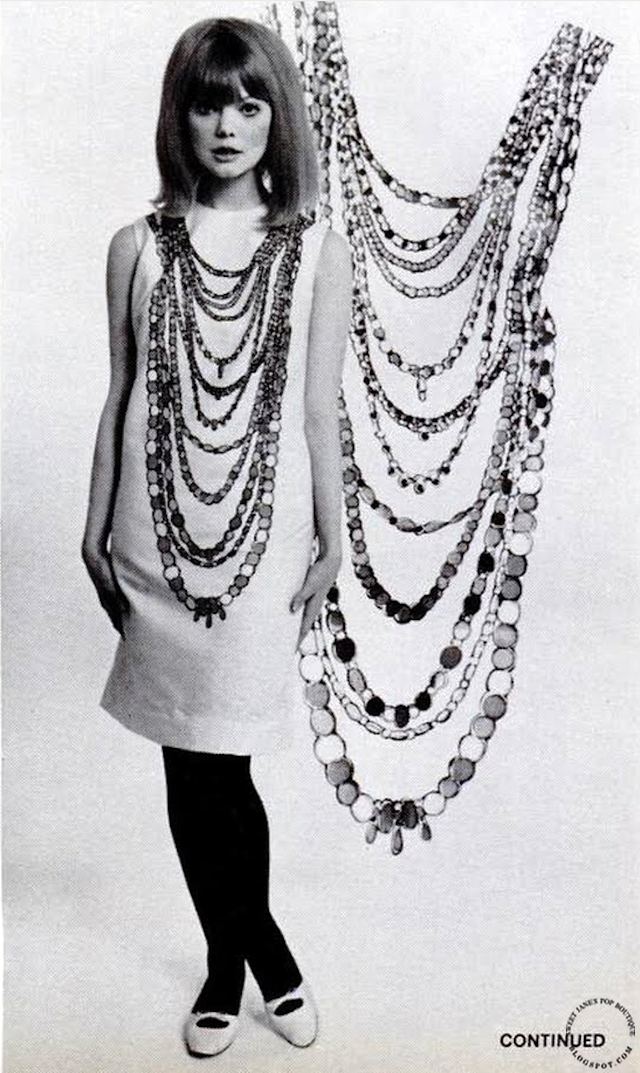 Another example of the printed bead dress by Kelita (above), in colour this time round, for the full 'Pop Art' effect!

Some of the most famous pieces of pop art are Andy Warhol's paintings of Campbell's soup cans. He has made 32 oils of this familiar first course, and has sold them for $1,500 each. He also autographs actual 12¢ cans of tomato soup, selling them at $6 each. But this dress by Crazy Horse costs only $15.