THE PICTURE OF FASHION

A do-it-yourself fashion feature from The Sun annual for Girls, encouraging the customisation of old clothing and accessories with some hand-painted designs―a very popular trend throughout the early 1970s, along with applique, embroidery and tie-dyeing techniques. They're making it all sound relatively easy enough to achieve, as they always did in these teen magazine/annuals, however, the incredible pop art boots on display which were used as examples (although uncredited) are actually the work of London shoe designer Richard Evans, who made boots for lots of well known music biz types at the time such as Elton John, George Harrison, Rory Gallagher and Roxy Music, these particular boots are from his 1970 collection. He had originally studied fashion design at the Nottingham School of Art in the 1960s and followed that with a post-graduate course in graphic design at Leicester College of Art, working as a fashion illustrator for a brief period afterwards. He then began making leather and snakeskin clothing and accessories before progressing onto designing platforms and stack heeled boots, eventually setting up Daisy Roots, his footwear design label. His foray into fashion seems to have been quite short lived though, and you would probably be more familiar with his graphic work via Hipgnosis, the art design group who specialised in album cover art, where he continued to work from the early 1970s until 1976 when he set up his own design studio. 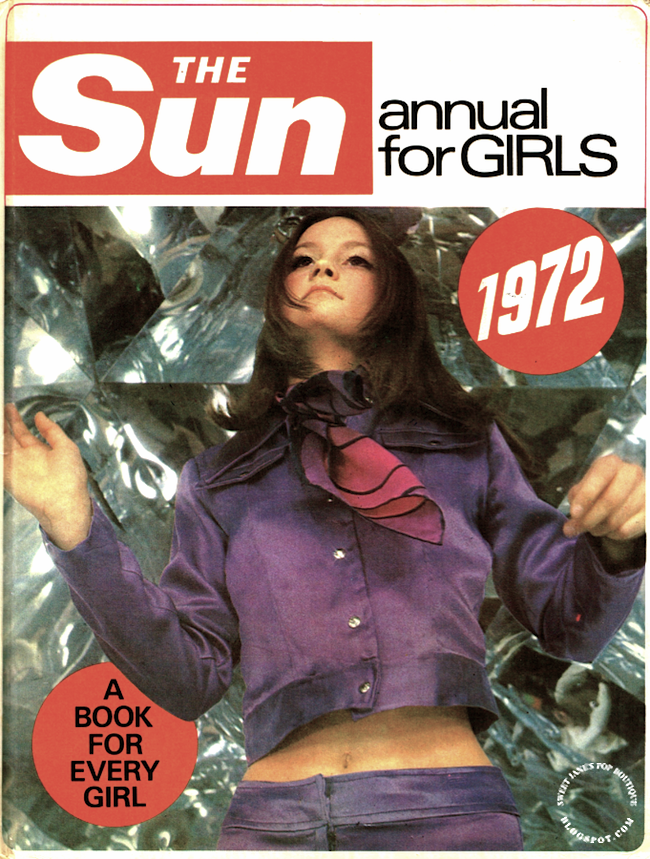 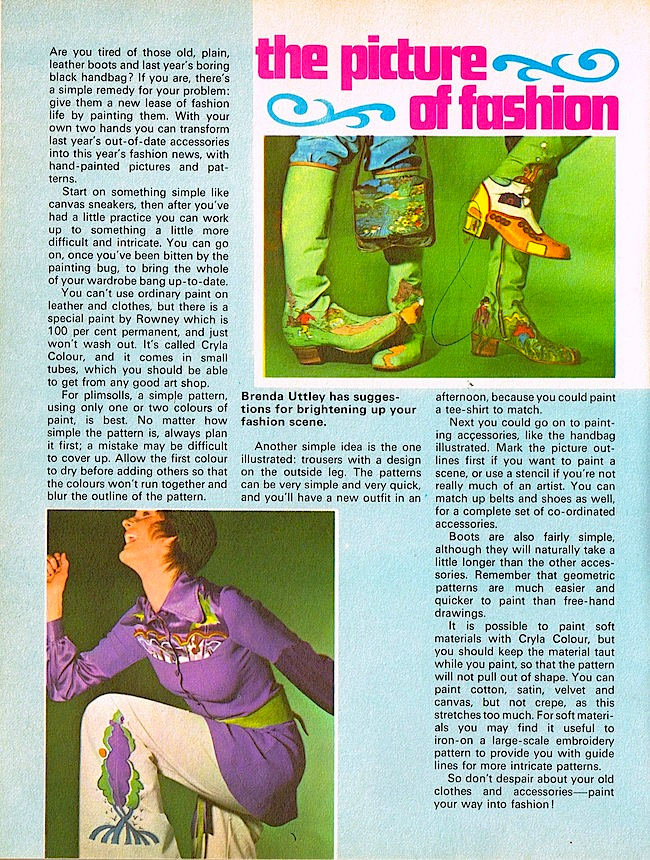 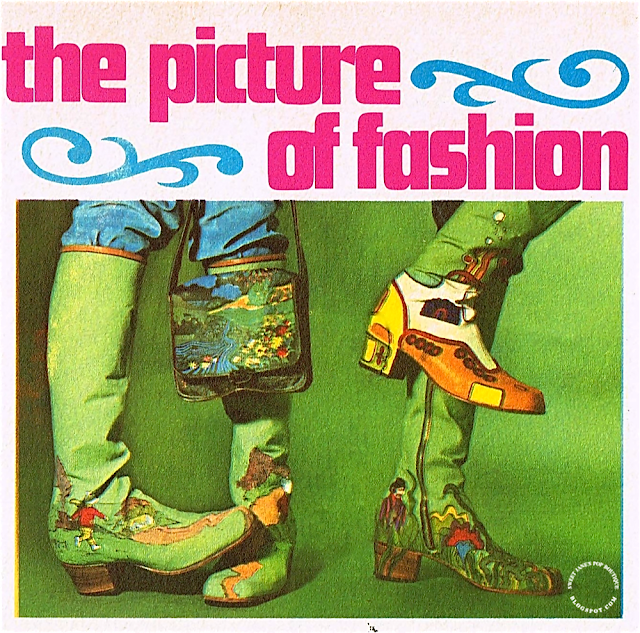 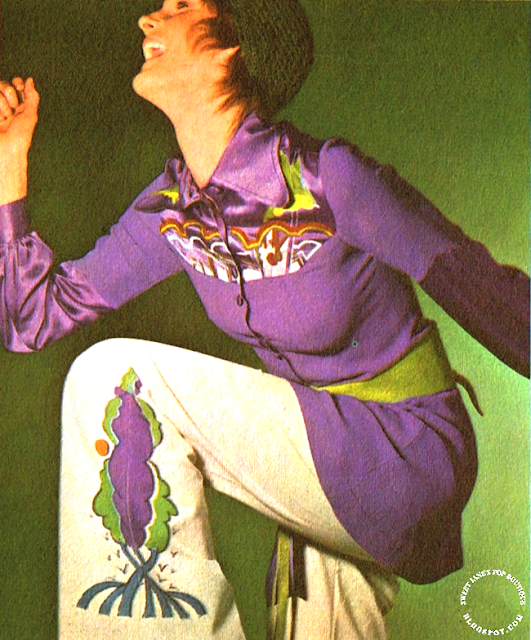 
Four fantastic images of Richard Evans and his Pop Art boot collection in November, 1970.  The Yellow Submarine boots shown above are included in the slideshow. Photographs by Paul Fievez courtesy of the Hulton Getty Archive.

IMAGE CREDITS & LINKS
All images scanned for the Sweet Jane blog from the Sun Annual for Girls 1972, with thanks to Brad Jones. Original article by Brenda Uttley. Photographer & models uncredited. Richard Evans series of photos by Paul Fievez courtesy of the Hulton Getty Archive. Visit the official Richard Evans website, and view further examples of Richard Evans 1970s footwear. Here, you'll find an example of his Fashion Illustrations for Petticoat Magazine, 1968. All things Hipgnosis. The official Storm Thorgerson website here. View some other D-I-Y boot fashion from 1971 in one of my previous posts. and more examples of the applique fashion trend of the 1970s. The amazing pop art fashions of Mr Freedom. Plus, an interview with Richard Evans on Rockerista from 2011. And finally, the inspiration behind some of those pop art boot designs  above.
Posted by SWEET JANE at 12:09