Vidal Sassoon and The Nouvelle Wave
Curls are with us―and wild! So are crimps, floppy ringlets and waves. All because Vidal Sassoon permed his short cut into the Greek Goddess style. Hot in pursuit were top-poppers, Jimi Hendrix and Eric Clapton with wild, wild perms. Then the girls latched on―swapping their short cuts for curls.  Why are curls so great? They're crazy, gay, the new fun way to look. So who's looking new? 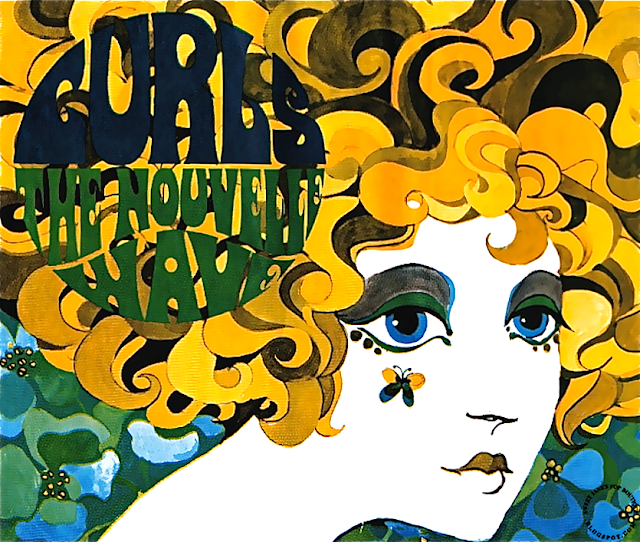 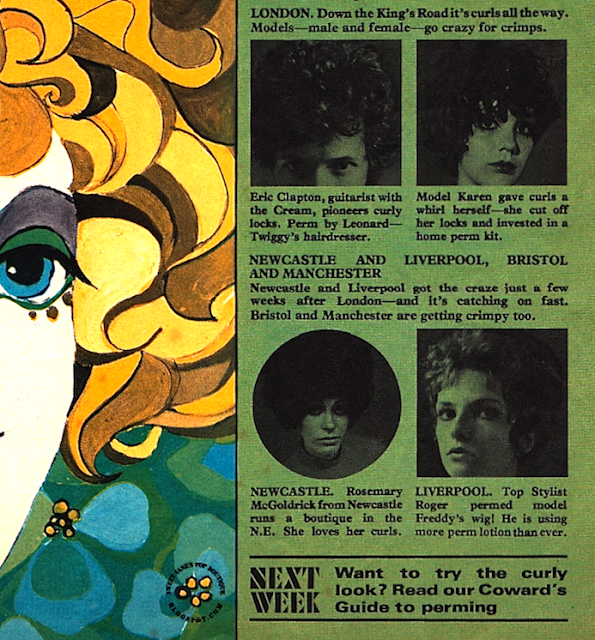 I don't entirely agree with the Jimi Hendrix reference, as Jimi had made his trailblazing London debut on the 24th of September 1966, almost a year to day before this magazine article went to print, and he was already sporting a version of the natural look. But below, are two examples of the influential Vidal Sassoon hairstyle mentioned in this Intro feature, which had been created at the beginning of 1967 (sometime in January by my calculations). Although it was known as the Greek Goddess, this name was orignally the second choice for the style―the first being 'Harlem', inspired by his many trips through the neighborhood while in New York. He had greatly admired the closely cut but defined curls as worn by the black American community there and was determined to recreate a similar look for Caucasian and Asian hair.

However, at this particular point in time, Vidal, recovering from a recent illness, found himself under strict doctor's orders to take it easy, but ever the workaholic, he was nonetheless eager to pursue this goal as soon as possible. So, enlisting the talents of his salon staff he developed the style along with them in an 'advisory' capacity. The creative team for this endeavor included hairdressers Roger Thompson and Christopher Brooker, with technicians Annie Humphries, Clare Hamilton and Allison Benson. Using two separate models, Jane Johns and Jenny Fussell, they began the process on Friday morning at his Grosvenor Salon and continued working on it relentlessly over the entire weekend, by Sunday they finally made a breakthrough and the revolutionary new style had been created. Photographs were taken and after a quick phone call to the influential fashion journalist Felicity Green on the Monday, it was immediately featured in the next day's Daily Mirror, in which she referred to the cut as the 'New Revolution'. By the following day, American Vogue were interested! Nowadays, it's probably difficult to fathom why or how a hairstyle could cause such a sensation, but at the time it was truly groundbreaking on many levels. Further information about the Greek Goddess style and Vidal Sassoon can be found via the links at the end of the post. 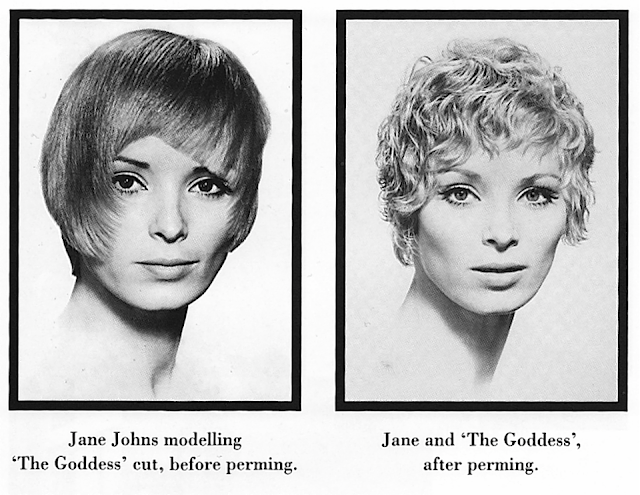 Jane Johns modelling one of the first Greek Goddess styles, a short tousled look, in which Vidal Sassoon proved that by using his precision cutting technique, hair could then be permed and left to dry naturally without the aid of rollers or pins, this new technique also liberated many women from the routine weekly appointment of having their hair set. Hair styled by Roger Thompson. Photographs by Stephen Bobroff, 1967. 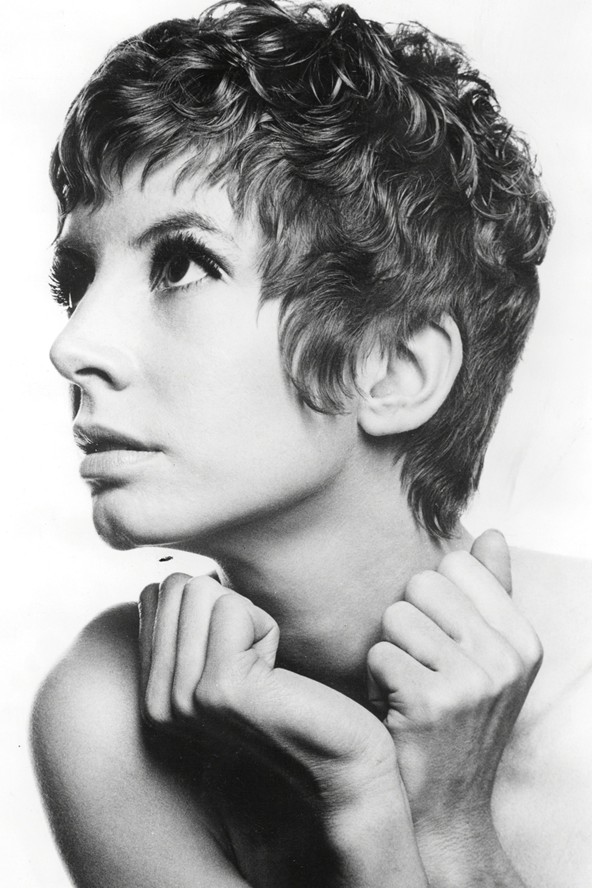 IMAGE CREDITS & LINKS
All illustrated images scanned by Sweet Jane from Intro Issue No.1 23rd September 1967, artist uncredited. Jane Johns modelling 'The Goddess' scanned from Vidal - The Autobiography, by Vidal Sassoon. Listen to a BBC Radio interview with Vidal Sassoon from 2010. A closer look and further details about the Greek Goddess haircut on the excellent Personalities in the revolution of hair design in the 60s & 70s forum (with contributions from the original Sassoon stylists).  Watch the BBC Documentary Bouffants, Beehives and Bobs: The Hairstyles That Shaped Britain and also When Hairdressers Ruled - a very informative short documentary about some of the people that made Sassoon's the phenomenon it became, from 1963 ~ 1978.  A dedication to hairdresser Roger Thompson by Gerard Austen. View some excellent photographs of Harlem street style in the 1970s. The Jimi Hendrix Experience Private Performance at the Marquee Club, March, 1967. Jimi Hendrix arrives in London. And finally, rare movie footage of Jimi with Johnny Hallyday & friends in France (October 1966).