A double page fashion editorial illustrated by pop artist Allen Jones, originally published in Jardin Des Modes while it was under the artistic direction of Swiss born graphic designer Jean Widmer. As the creative director of the magazine (1961-1970) he revolutionised the entire visual concept of the periodical in the spirit of publisher Lucien Vogel, enlisting the talent of outstanding photographers such as Helmut Newton, Frank Horvat and Karen Radkai as well as artists such as Philip Castle, Milton Glaser and Allen Jones, in an attempt to revive the art of fashion drawing which had been stagnating for a number of years. These particular scans were reproduced in an article about the career of Jean Widmer for a graphic arts magazine in 1971―so I don't have the original publishing date for the illustrations as they first appeared in Jardin Des Modes, but I'm guessing that it may have been circa 1965/66. 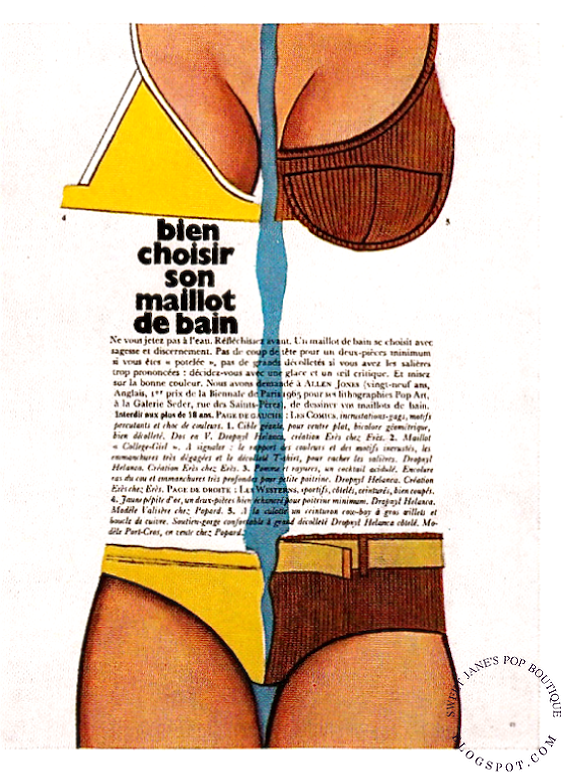 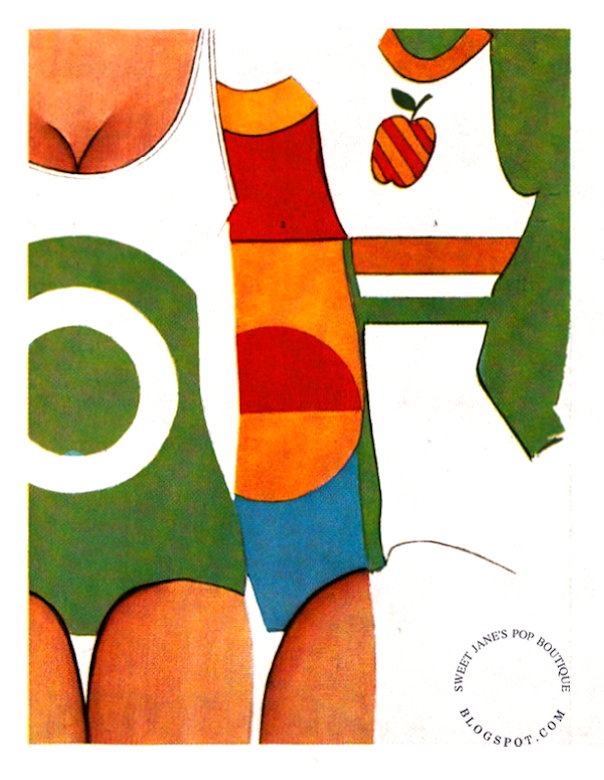