If you're between 13 and 27, are as thin as a Twiggy or as tall as a Vanessa Redgrave, have a Mia hairdo or wear it straight and long, and require a bare minimum of underwear, then Biba (pronounced Bee-baa) on Kensington Church Street in London is your boutique. Biba specializes in skintight, long-sleeved mini-minis, often with flouncy big collars and cuffs. Dresses run from $7.70 to $ 9.80 and coats cost up to $19.60, so you go to Biba because the price is right. You go there also because everybody else your size and age is there (especially on Saturday, when a traffic director is all that's missing). And you go because you know that what you buy will be what's being worn - for at least the next week or so. 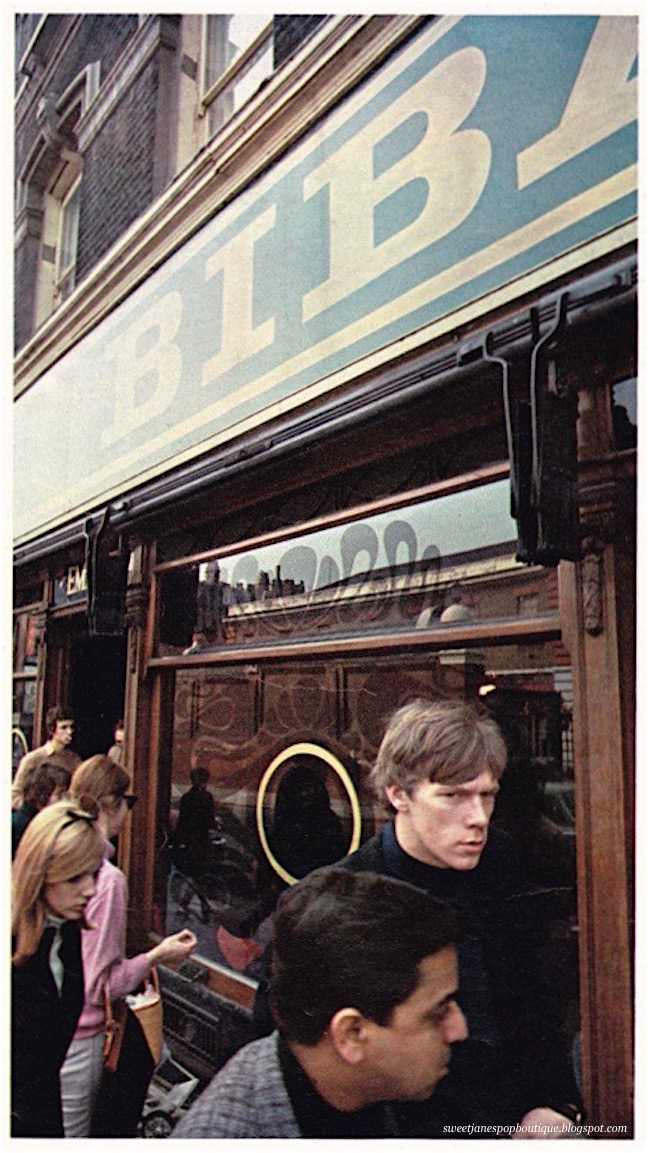 Through these doors swing the hippest girls in London - 3,000 a week. Many buy a dress every payday, throw it away after a month because by then- "it's an antique."


From the outside, you can't resist looking in. The facade is black; swirls painted on the windows rim portholes that peer straight into the shop. It was once a grocery store, says an early settler, and "really stank of meat when we moved in." Inside, the first impression is of a banging sound barrier, a record player that never stops. The predominant color is burgundy - giant gold arabesques on burgundy wallpaper designed for Biba, burgundy covers for tables loaded with jewelry, burgundy dresses hung on wooden Victorian trees. Like Biba clothes, the shop - jammed with customers - is hard to squeeze into. It's even harder to push your way out of. 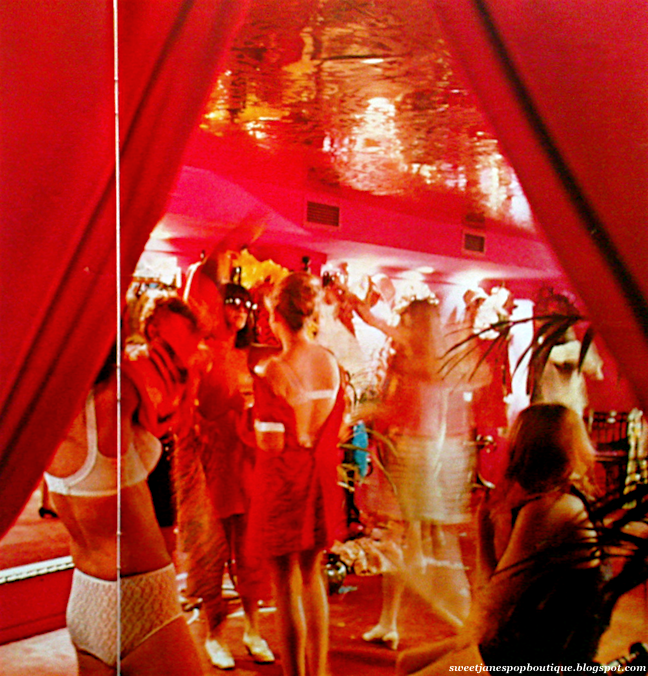 Unlike the rest of the shop, Ali Baba's Cave - the dressing room - is off limits to men. It's walls are shocking-pink felt; the ceiling, Art Nouveau tile. The floor is carpeted with dresses that no one has bothered to pick up. 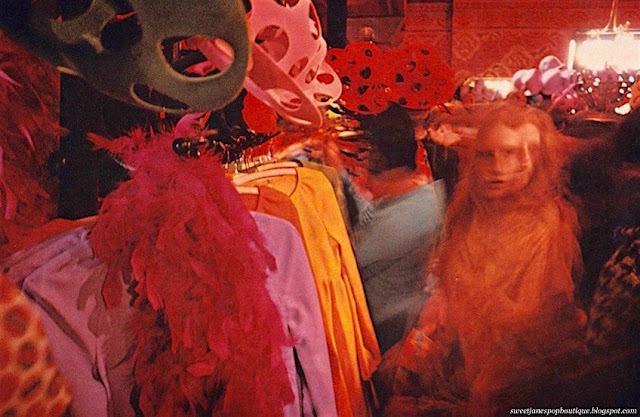 "Mother is so sick of seeing clothes from Biba," says one customer, "that now I hide the bag when I walk in the house."

"You can tell American girls by those awful bloomers," says a salesgirl, aged 19. "Their sense of dress is so terrible. Why, Mia Sinatra bought the worst dress in the shop." Our informant also has few flattering words for big American shoes, streaky American hair and "coats all the way down to their knees." Although the welcome is not always sunny, foreigners press into the shop. So do the more familiar Princess Anne, Brigitte Bardot, Julie Christie, Geraldine Chaplin, Claudia Cardinale. Service is minimal, prices aren't marked. No one asks: "Can I help you, madam?" But where else says a young New Yorker, can you match those dresses, those prices-and that clutch of startling people.
Biba salesgirls (age:16-20) have plenty to say about boys. From the moment the doors open (9:30 a.m) until they close (8 p.m), the place is filled with young men, mostly dressed in the male equivalent of Biba clothes. "French boys think they're IT, but we think they're effeminate," says a salesgirl. "Italian boys ask everybody in the shop for a date and usually get one. Americans are very muscular." Most men come to approve purchases by a girlfriend or to make one themselves; others, just to look. They take precious space, but they fit the scene. A female impersonator was caught recently "just looking" in the girls only dressing room. Speed rather than ceremony marked his exit.