In the gilded couture salons of Paris the spring collections went on display. But it was a drafty, overcrowded Left Bank cafe with the atmosphere of a gaudy railroad station that had the real-life fashions. For 43 years La Coupole has ben a favourite artistic haunt, for Hemmingway and Chagall in the '20s and '30, for Jean-Paul Sartre's existentialists after the war. Today the big bistro draws a bright young crowd of innovators. Table hopping and rubbernecking, dressed in Boutique clothes and thrown-together outfits, the girls of La Coupole show up first with the newest look, whether it's the Garbo or the Gypsy, the Lana Turner or the Modigliani. For Paris originals, it is the best show in town. 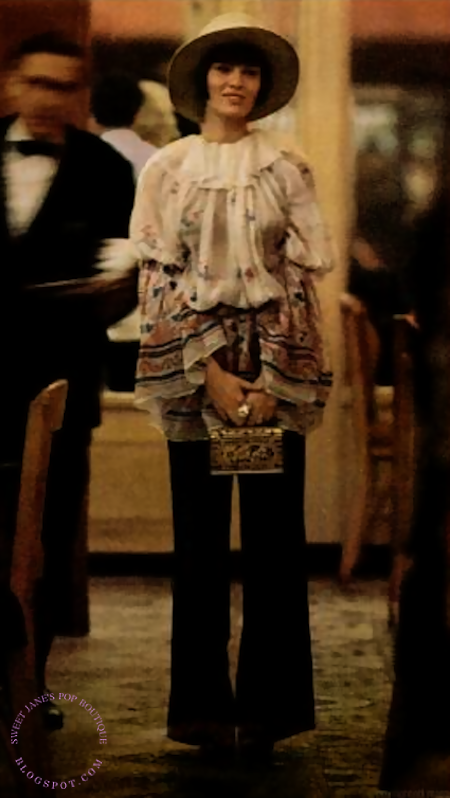 "I have been here every single night for 18 months boasts Babbete Vergnet," in a chiffon peasant blouse and wig.  Note: Although none of the outfits were attributed to any particular label or designer by the magazine in the original article, the top from this ensemble looks remarkably like Ossie Clark's Diaghilev inspired 'Nude Look' outfit which was chosen as 'Dress of the Year' in 1969 for the Museum of Costume in Bath by Prudence Glynn, fashion editor of The Times. 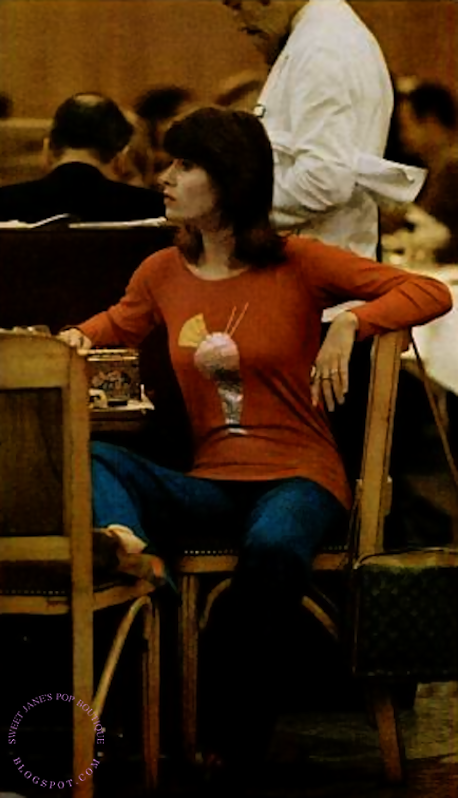 Habitué Babette turns up again, in a T-Shirt and her own hair. "Never a wig without a hat," she says. Again the T-shirt is uncredited but quite possibly may have come from Mr Freedom by the looks of it. 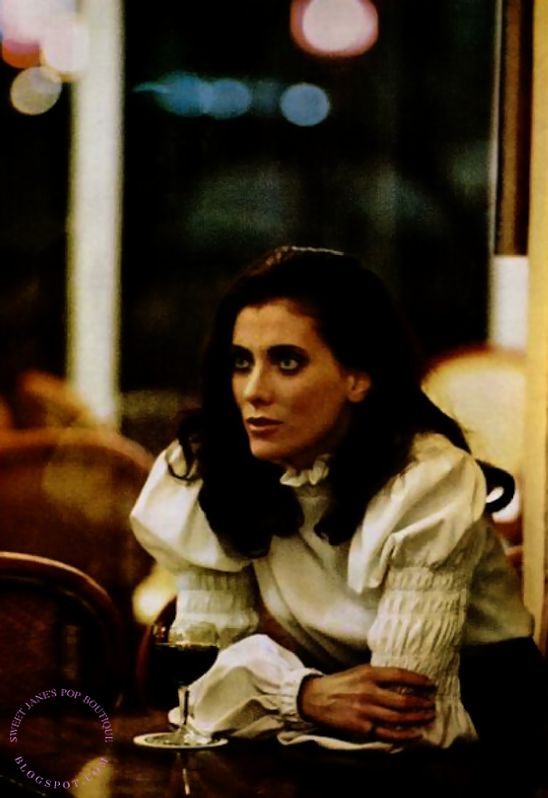 Maria Kimberly, an American actress who lives in Paris, sits thoughtfully before a glass of wine. Her linen blouse is stylishly Victorian, and her air is strictly Juliet Greco.

All images and original text scanned by Sweet Jane from LIFE February 27 1970. All photographs by Enrico Sarsini.
La Coupole restaurant is still as vibrant as ever, known as the Art Deco jewel of Montparnasse it's definitely worth a visit next time you're in Paris, in the meantime you can visit it online here.

Further information about The Legend of La Coupole, the favourite studio of the artists of Montparnasse can be found here.

An example of the Ossie Clark 'Dress of the Year' 1969 & more information about the designer, can be found on the V&A website here.