New Plumes in the Peacock's tail


'New Plumes in the Peacock's Tail' originally published by The Daily Telegraph Magazine in April of 1968, was the magazine's first editorial in a new series on men's clothing. Sadly, I don't currently own this actual issue as it is an extremely rare copy, however, I have managed to piece most of it together from extracts which have been featured in various 1960s fashion reference books. The cover shot of Terence Stamp by Hans Feurer is without a doubt my absolute favourite photograph. Terence is wearing a custom made, fitted, double breasted suit in black barathea with edge trimming on the lapels and pockets (you can see the design detail more accurately in the second photograph). The suit was made by his long time friend Doug Hayward, who, by all accounts was not only an extremely talented tailor but also an incredibly likeable and interesting character.  His personal client list included many well known high profile celebrities, but you may be even more familiar with his work than you realise through his costume design for cinema, particularly with the suits that he created for Steve McQueen's role in The Thomas Crown Affair (1968) and for Michael Caine in The Italian Job (1969). GQ published an extensive feature about his tailoring career in February of this year which you can read online here, and I have also included a short filmed interview about Doug, recorded at his premises in Mount Street by Finch's Quarterly Review, featuring contributions from Terence Stamp, as well as his long-time assistant Audie Charles. *UPDATE: I have since acquired an original copy of this issue of this Daily Telegraph magazine, so I will publish the complete article in due course..watch this space as they say! 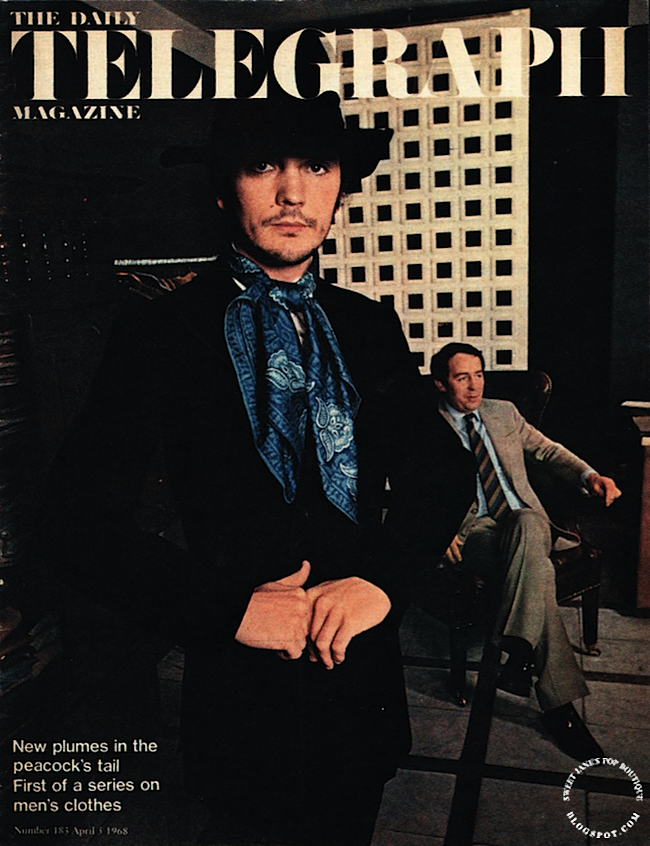 Terence Stamp in tight black barathea suit, made to measure, 70gns, at Doug Hayward. It's double-breasted jacket has wide lapels edged with braiding. Hayward is seated in the background. Photograph by Hans Feurer.

Doug Hayward the Tailor as told by Terence Stamp. from Tom Stubbs on Vimeo. Doug Hayward stories: An interview with Audie Charles and Terence Stamp at Doug's premises on Mount Street, filmed by Finch's Quartely Review in 2010. 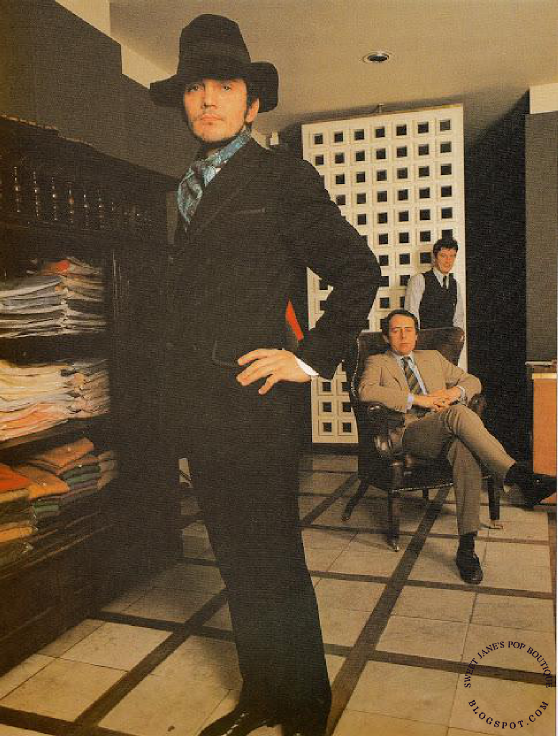 Another photograph of Terence wearing the Doug Hayward double breasted barathea suit, obviously part of the same Daily Telegraph Magazine editorial or pehaps an outtake from the photo shoot, but I scanned this photograph from the Sixties Source Book by Nigel Cawthorne. 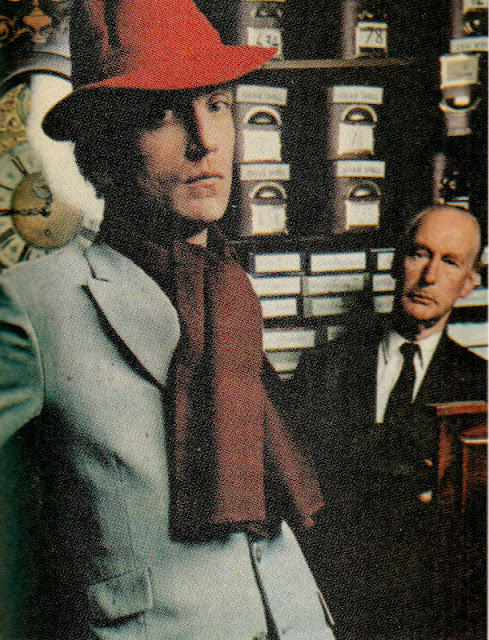 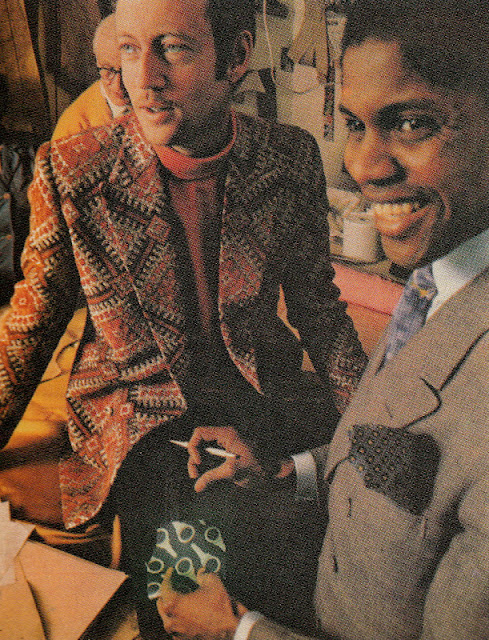 PHOTO CREDITS
All images scanned by Sweet Jane from The Day of the Peacock-Style for Men 1963-1973 Geoffrey Aquilina Ross and Sixties Source Book A Visual Reference To The Style of A Decade by Nigel Cawthorne. Photographs by Hans Feurer,