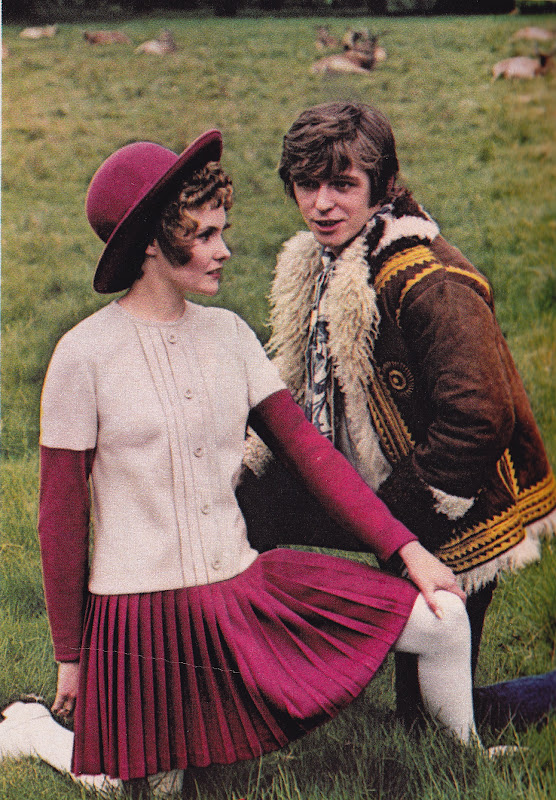 Football Ripples, above, in a dress pinched from a halfback: Bermuda pink with beige, tucked and pleated to touchdown! in bonded wool jersey, About $50.  Beaming approval is recording star Georgie Fame, England's Top Pop personality in 1967. His look: a suede and lamb jacket from the Chelsea Antique Market. 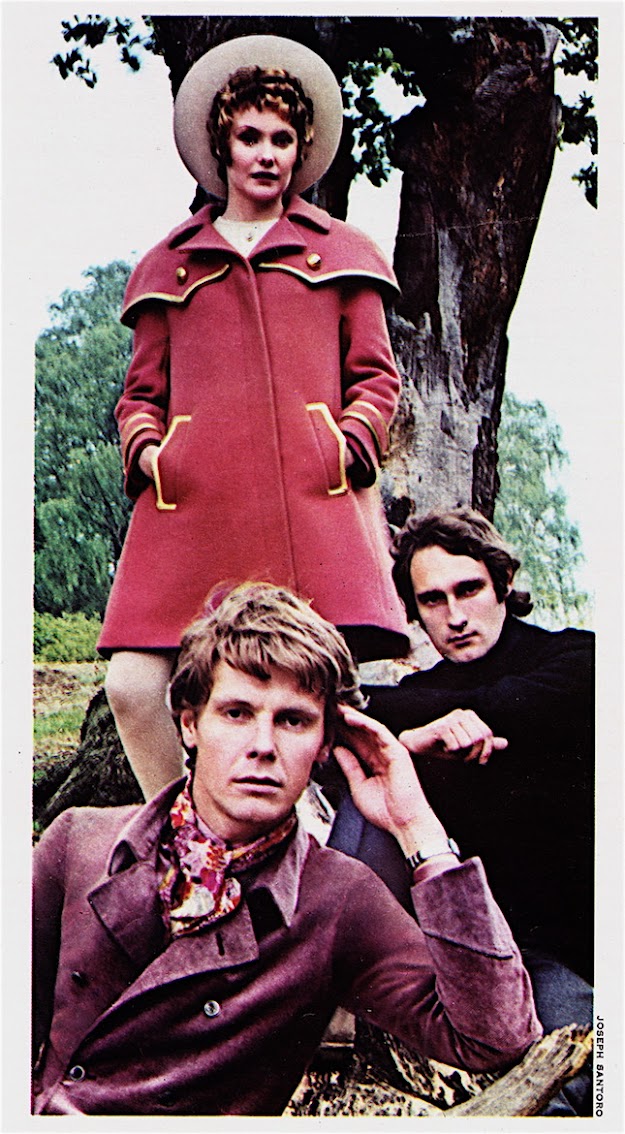 Mary Quant cares about the total look, does coats so good you don't mind covering up her dresses! Above, the case for the Costume look. It's basically a coachman coat, and in this super-version of Bermuda pink wool melton, and gold buttons and braid, all roads lead to you. About $100. There's more news in this curly-girl English hairdo; heads may be turning for it soon, About to turn, two young film-makers: James Fox, left, who appeared in Universal's "Thoroughly Modern Millie." Director-producer Jack Bond, right, has explored the world of poets, Dali, women and their wants. 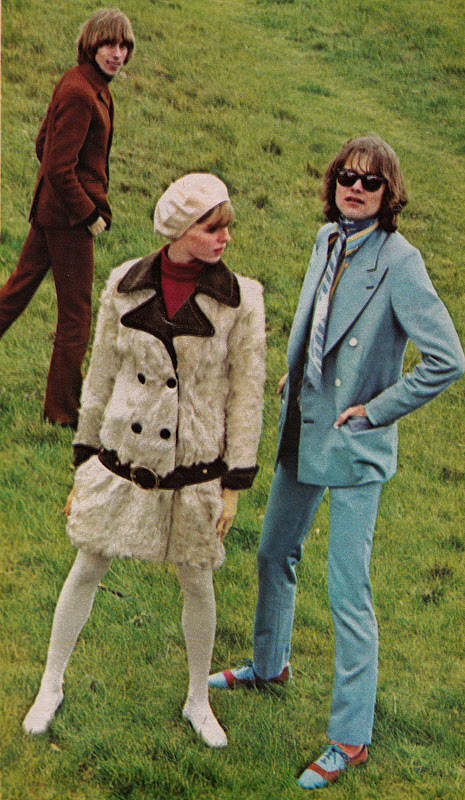 A coat that keeps the most interesting company, above, is this marvellous Tibetan lamb―the kind of fur that warms you without a bit of bulk. The creamy beige color responds to strong suede trim in olive-brown, with nice exaggerations in the collar and belt. Roat of London; about $300. Two's company here. At left: young Londoner David Mlinaric, brilliant designer of the nightclub Sibylla's and Michael Rainey, right, designs men's fashions―including psychedelic underwear!


IMAGE CREDITS & LINKS
All content scanned and transcribed by Sweet Jane from an original editorial in Seventeen Magazine, September 1967. All photographs by Joseph Santoro. The suit that Michael Rainey is wearing in the photograph above is fairly similar to one that was on sale in his Hung On You boutique around the same time, you can view an example of it in one of my recent posts  Clothes to be in Love in, Queen Magazine (1967). Discover more about David Mlinaric in Return of the Dandy (1966), and also Anne 'Sibylla' Edmonstone whom Sibylla’s nightclub was named after.
Posted by SWEET JANE at 10:19