There are currently three copies of From A to Biba by Barbara Hulanicki in the Sweet Jane household, two purple paperbacks and one beautiful glossy black and gold hardback edition, because I can never resist picking up another copy whenever I see one in a book shop.  Each of them have been read cover to cover many times, but this past year or so, I've been thinking a lot about chapter seven...and page 120 in particular, which takes the reader up to the year 1970. At this point in time Barbara and her husband Fitz had begun to successfully launch the Biba Cosmetics range abroad, but they had yet to conquer the United States. As Barbara herself says "it's a very tough market to break into and you really have to wait for your opportunity"...and that opportunity eventually came knocking in the form of the influential Seventeen Magazine editor Rosemary McMurtney, who approached the couple while she was in London and had suggested that they should start to sell their clothes in America. She told them that if they managed the distribution themselves, she would do a feature on Biba in the magazine―which had a circulation of several million copies per month. 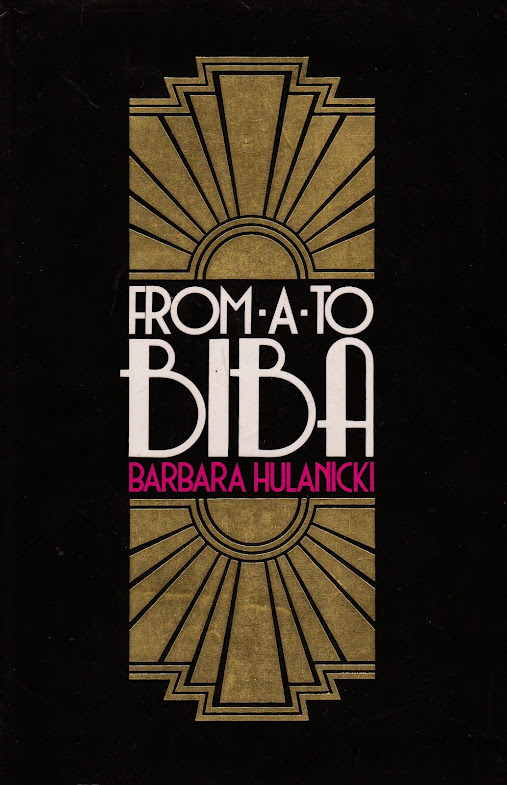 However, they didn't want to become just wholesalers as they felt it would be bad for their image, so instead they agreed that they would create a range of Biba designs exclusively for Seventeen magazine, which would be available through the McCalls pattern catalogue along with some specially designed Biba fabrics by Tootal, stocked at Macy's department store. Another reason why this chapter has intrigued me for such a long time is particularly due to the fact that Barbara also mentions how the clothes were photographed by Sarah Moon in a marvellous '1920s round tower' in the Au Printemps store in Paris. So, after a lot of searching online, I finally found a copy of the Seventeen magazine issue last December, and bought it for myself as a Christmas present...and here it is, 41 years later, almost to the very day that it was first published―Biba's American Debut. Happy 2012 everyone, hope it's a great one!

This is the Biba look, the look that's turning on all of young London. To get it together, everyone's shopping at the smashing new Biba department store for an eclectic mix of mood clothes, pale-face cosmetics and unique home furnishings―and every Biba find is the brainchild of designer Barbara Hulanicki! Now you can be a Biba bird too, in fluttery fashions to make with McCall's patterns and soft fabrics―all created exclusively for Seventeen by Biba to celebrate her American debut! 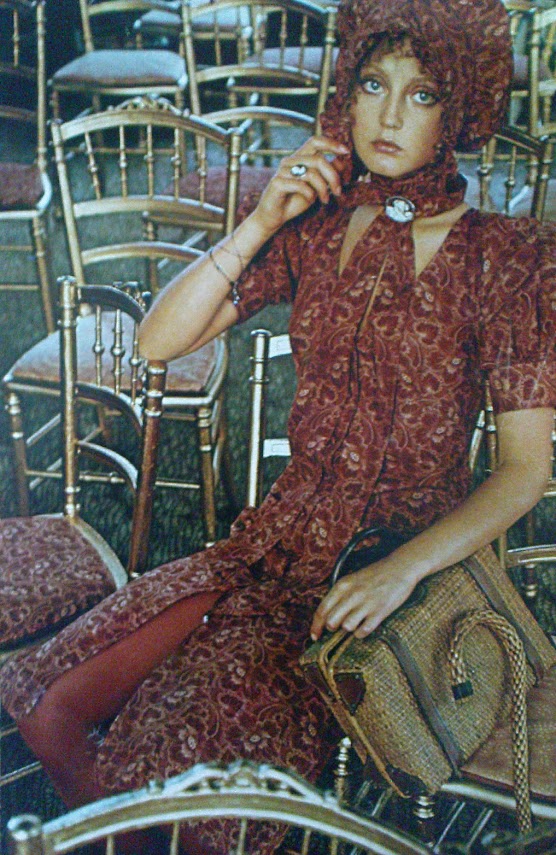 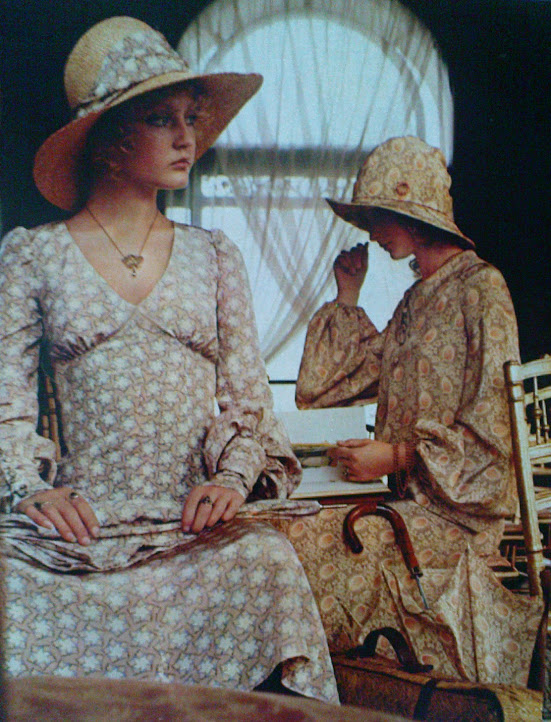 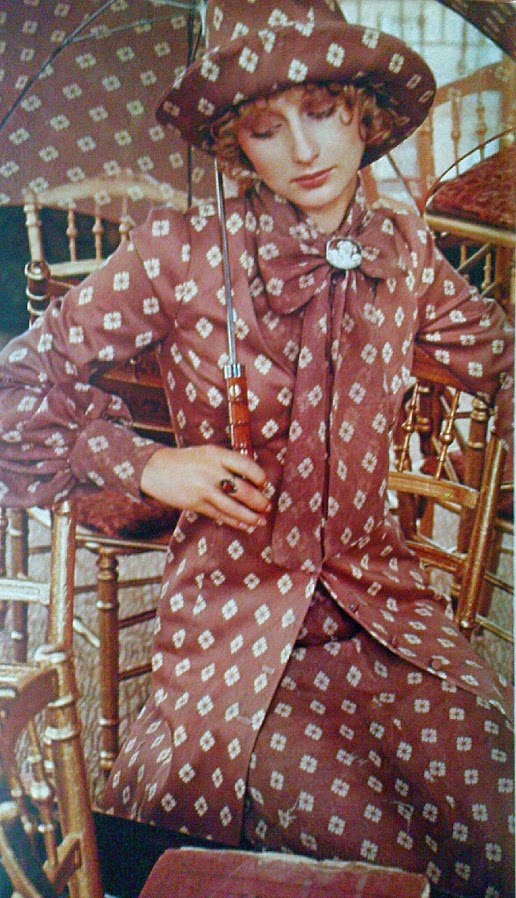 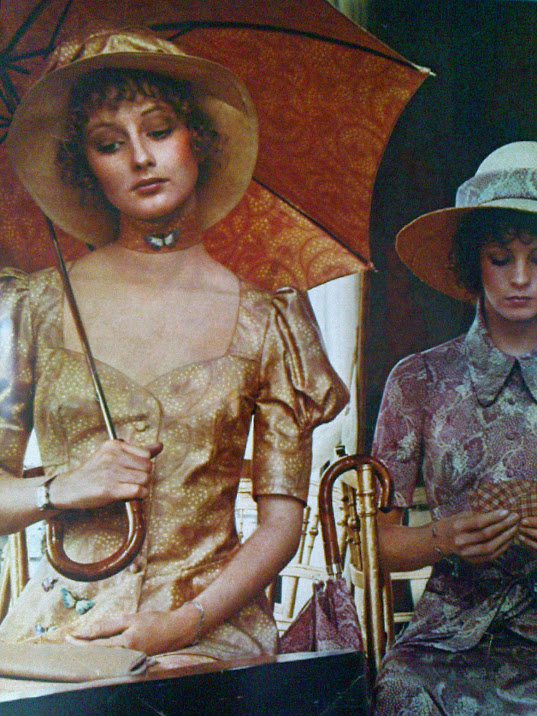 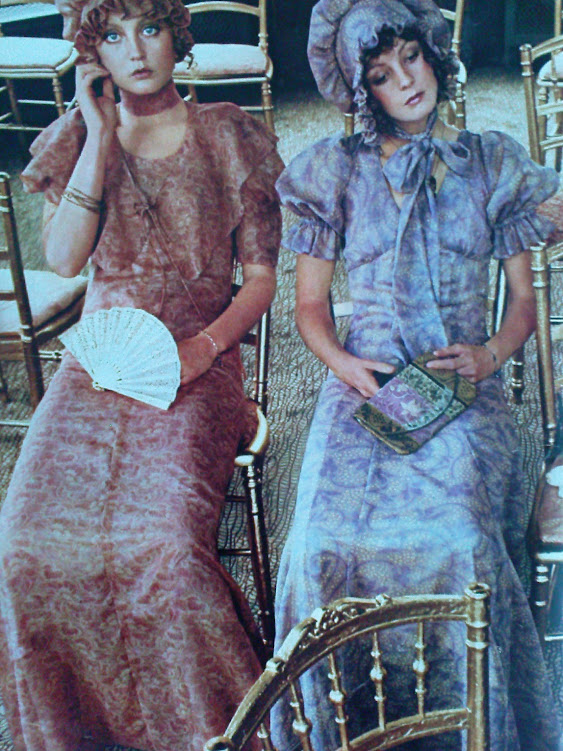 IMAGE CREDITS
All content scanned and transcribed by Sweet Jane from the following publications: Book cover From A to Biba by Barbara Hulanicki. All fashion images from Seventeen Magazine, January 1971. All photographs by Sarah Moon. Model in photo No.1, 2, 5, and 6 Ingrid Boulting, other models unknown/unidentified.