The Booze Book, published in 1967 by Determined Productions, with design and illustrations by John Astrop & Eric Hill, comprises of sixty-six recipes by June Dutton and Edith Vanocur, who are described in the introduction notes as "a couple of attractive housewives with an uncommon background in booze." Apparently, they both had husbands who were deeply involved in the social madness of Washington, D.C. politics, therefore they became increasingly aware of the need for a concise compendium of interesting workable drinks. Anyway, 'tis the season to be jolly―and as good a time as any to post about this one. I've included a selection of the recipes plus a few of their tried and tested cures for ailing boozers at the end of the page. So...down the hatch, bottoms up, cheers and Merry Xmas! 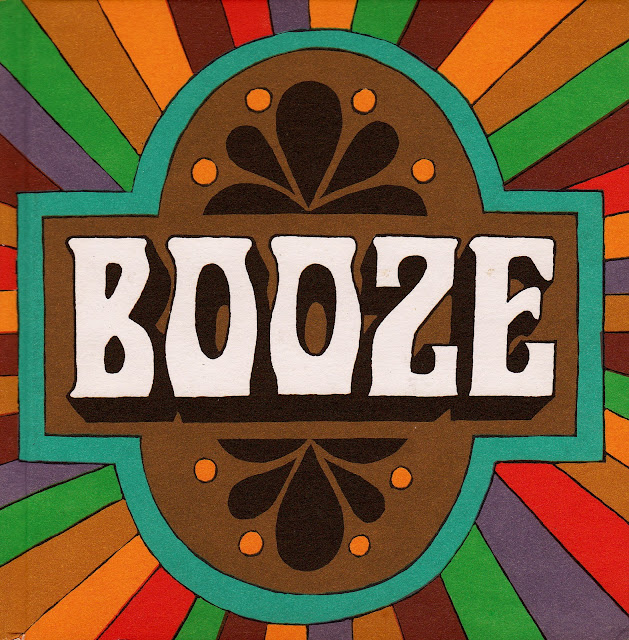 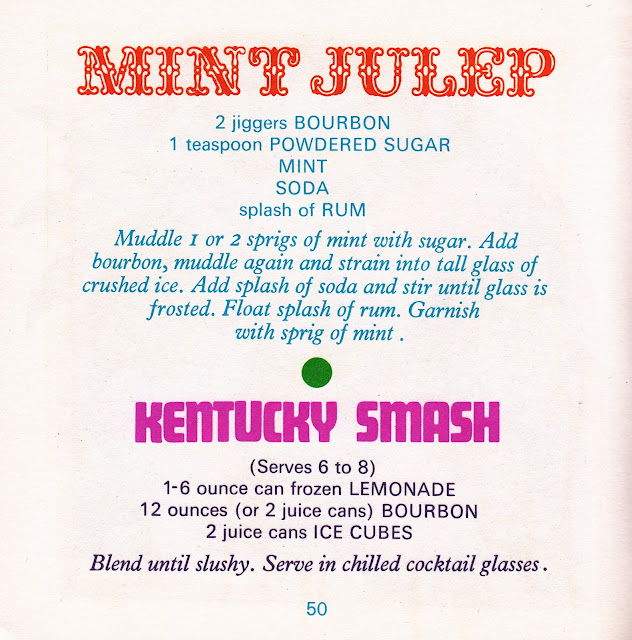 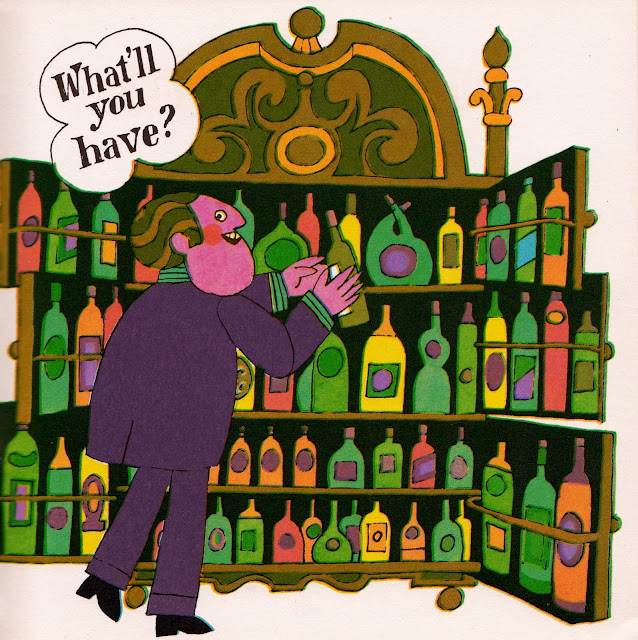 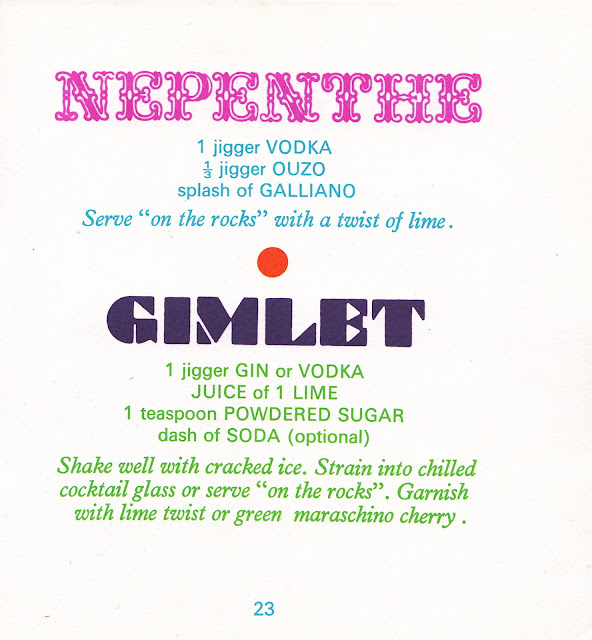 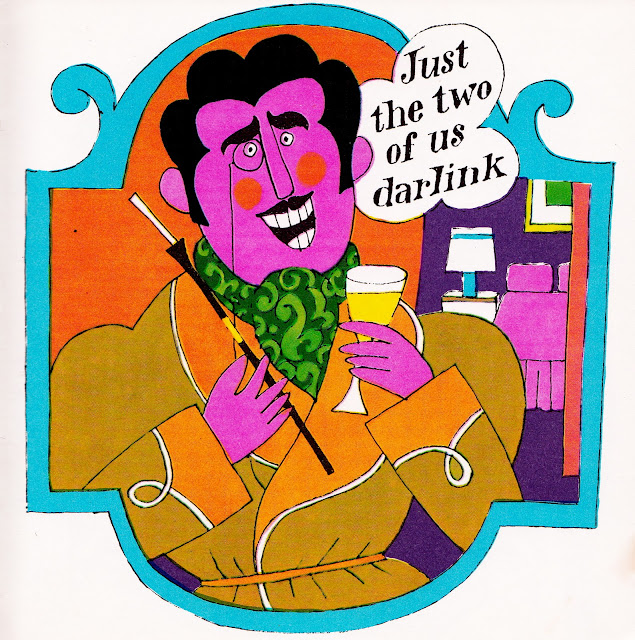 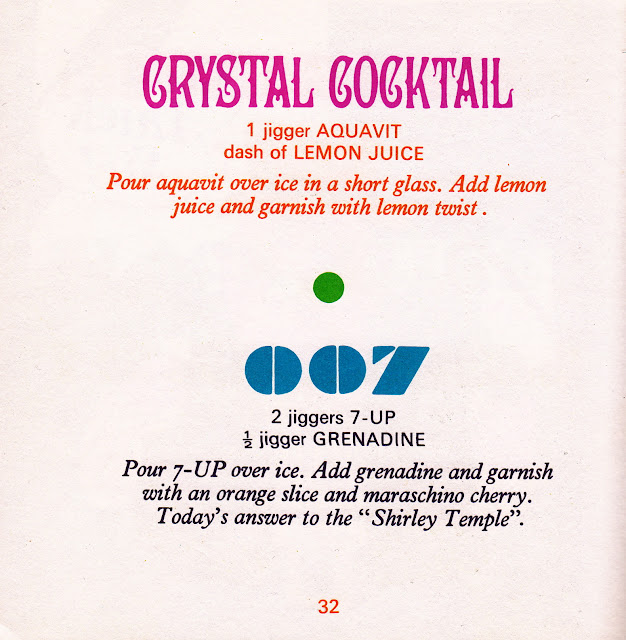 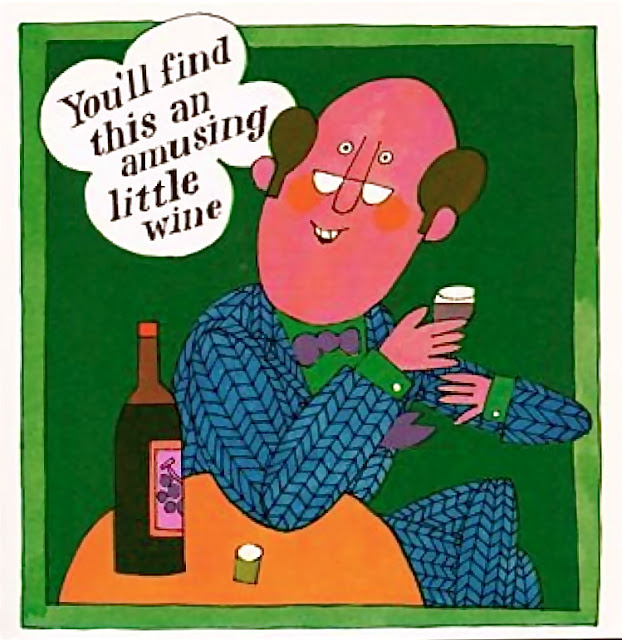 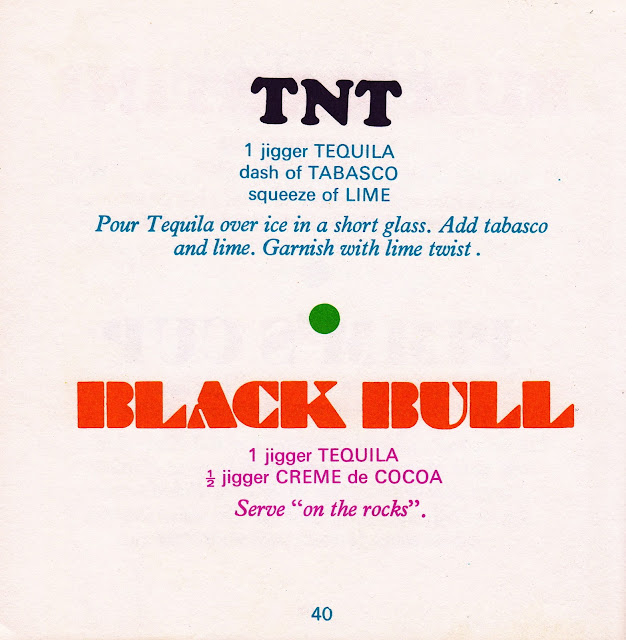 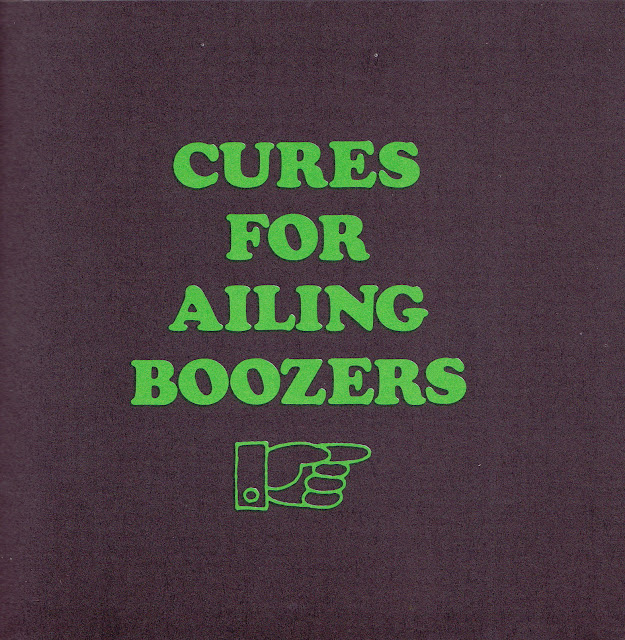 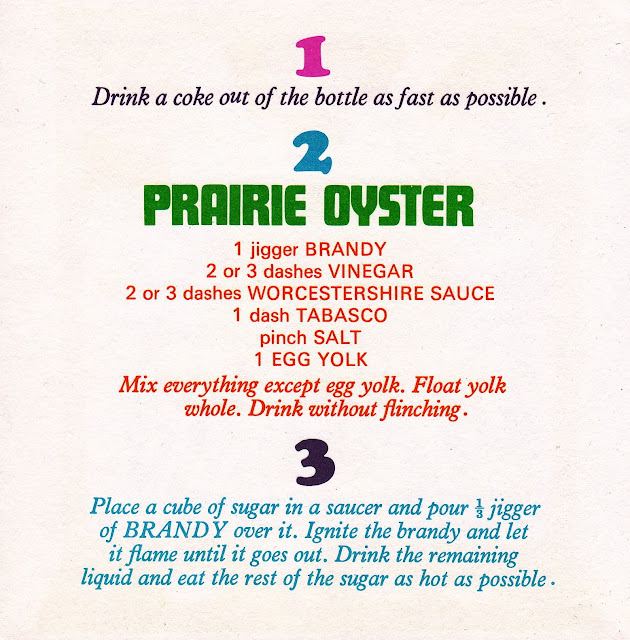 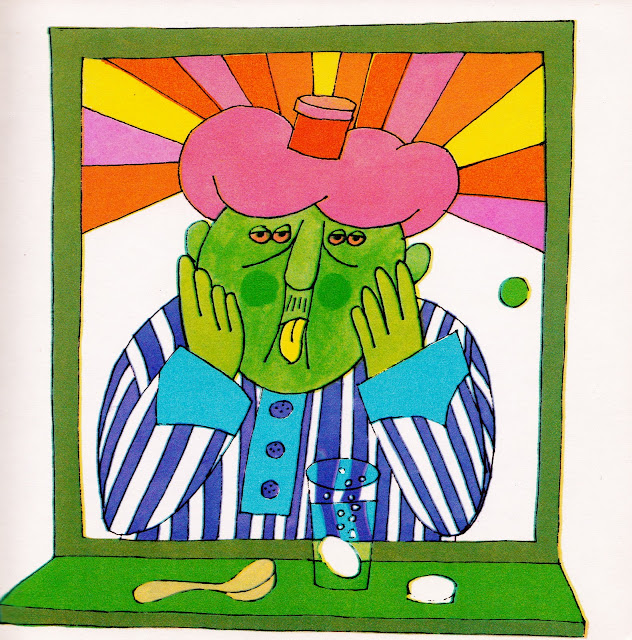