The master of the house stands before a three-way, floor-length mirror, touching up his 2-inch sideburns and drooping Zapata moustache. He looks gratified-even thrilled. But what to wear? Should it be his eggshell brocade Nehru suit? Or his simulated cobra skin double-breasted dinner jacket? Or his lime-colored tunic with a chain belt and zip-up white mink coat? Time passes. Finally, going to the closet, he grabs a diaphanous blouse with ruffles, then his royal blue crushed-velvet suit. Moments later, he is back at the mirror admiring the Napoleonic roll of the 6-inch collar, the pinched waist, the svelte velvet pants and the slender patent-leather slippers with the silver buckles. After a quick application of his face bronzer and a last caress of his razor-cut graying hair,the man strides from the bedroom and descends the staircase. "Well?" he asks. "Fantastic," snarls his wife. "But I wish you wouldn't take so long. We're already a half hour late."


This was the intro to an eight-page editorial originally published in Newsweek Magazine on the 25th of November 1968, which pays homage to the rebirth of the dandy. There are some interesting interviews with designers such as Pierre Cardin, Oleg Cassini, Bill Blass and Hardy Amies, it also covers the rise of the lesser-known new male boutiques and trends of the time. Apparently, in London, an American public-relations consultant named Larry Thaw opened a boutique called Sids―devoted entirely to red, green, tan, dark blue, gray and tortoise-shell patent leather shoes, while in New York a boutique called 'The Zoo' (Attire for the male animal) specialized in vinyl jackets and suits, sample Zoo fare: a $90 yellow vinyl see-through bush jacket to be worn over a jumpsuit. Meanwhile, in Los Angeles, The Great Linoleum Clothing Experiment was selling old shirts decorated with new swatches of doilies and shawls (average price $40). And in Palm Beach, Florida, the designer Lily Pulitzer was offering silk-screen prints on corduroy trousers, while also experimenting with designs for boldly flowered underwear!

The trends in menswear were now changing so rapidly, many of the big department stores began to realise that they could no longer afford to order their stock six months in advance―by the time that this issue went to print several of the most prominent retailers had found themselves with a glut of Nehru jackets on their hands as the style suddenly began to wither!!! It's an interesting article, worth picking up a copy for the rest of the details if you are in any way interested in menswear from this period, you should be able to find an issue on eBay eventually, until then I'll leave you with some of my favourite quotes from the piece...


Oleg Cassini: "I'm an outdoor man with an indoor look. I look like a villain, a bird of prey...I was probably the first hippie."

Bill Blass: "I am convinced that, other than speech, there is no better way to express yourself than through clothes."

Hardy Amies: "Let's face it, The men's clothing industry-especially Savile Row-was caught napping. They were still thinking like eminent Victorians when all around them young men were in revolt." (recalling the explosion of mod fashion in London.) 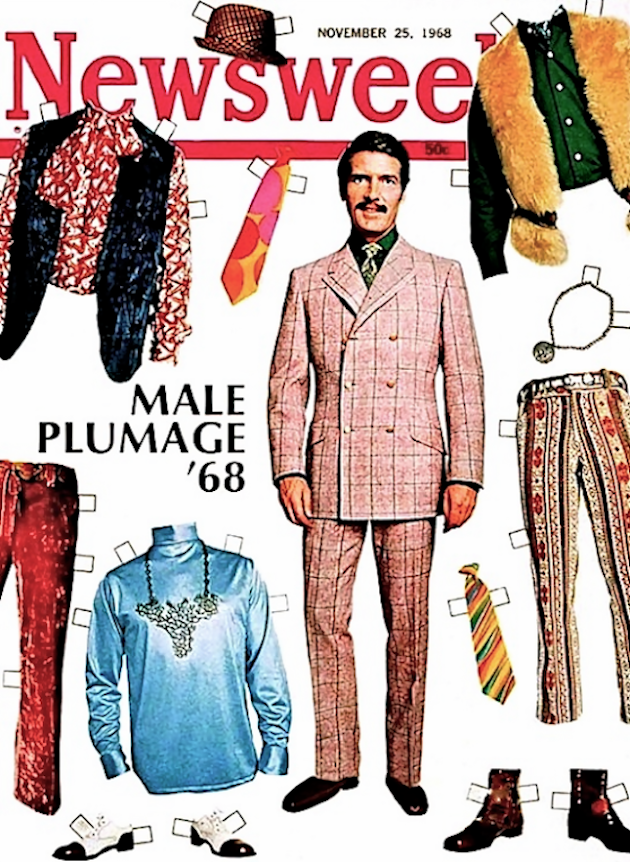 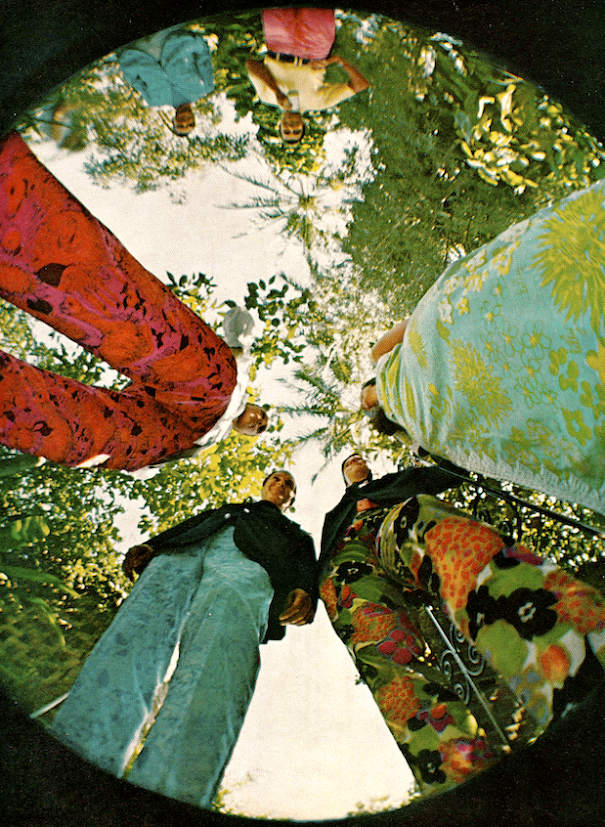 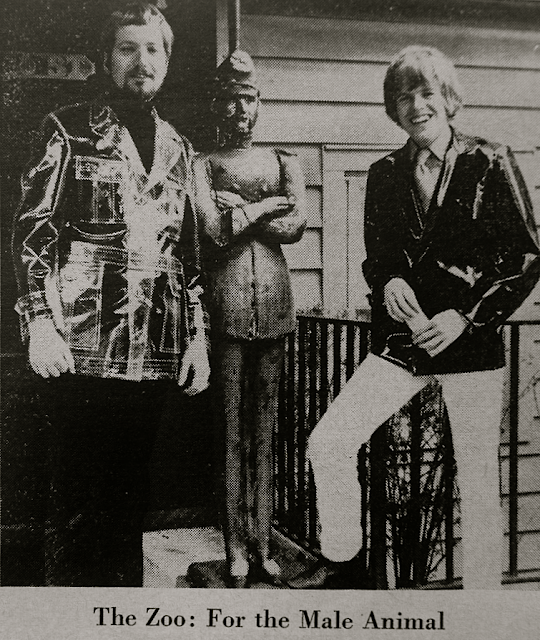 Peter Noone of Herman's Hermits photographed outside Zoo the New York boutique which he opened in partnership with Graham Gouldman, in 1968. The shop was located at 243 East 60th Street. 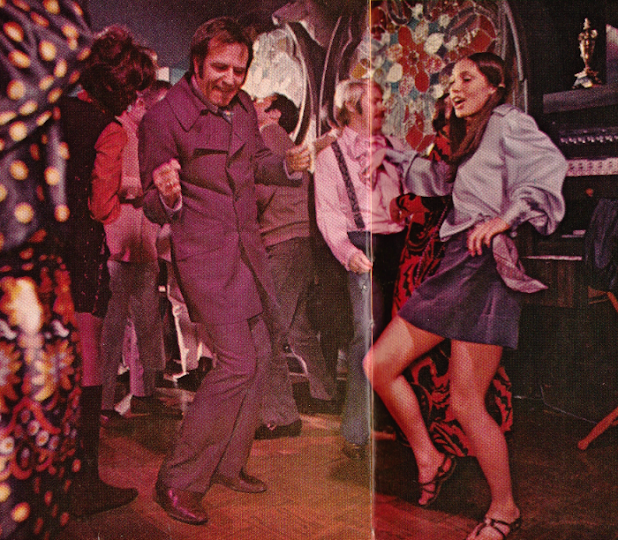 In his Beverly Hills discotheque called The Candy Store, hair stylist Gene Shacove takes to the dance floor and sock's it to 'em with his three-button, Napoleonic walking suit. Photo by Julia Wasser. 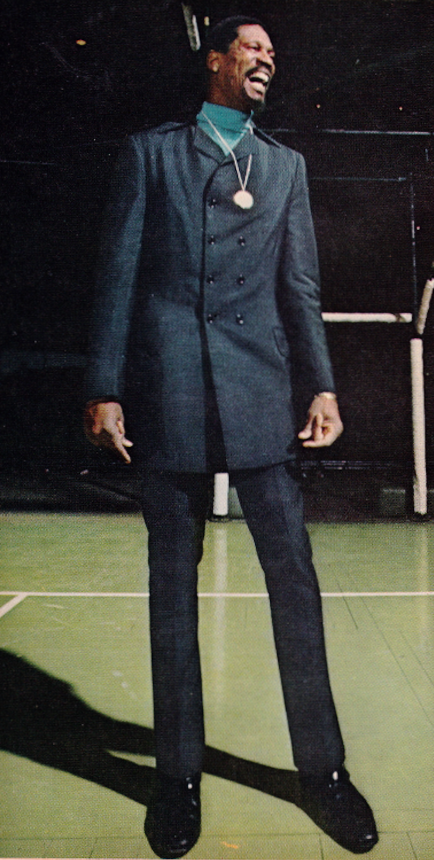 Double-breasted fashions, including such decorative items as a dangling medallion and blue turtleneck, are popular with such notable sports as Bill Russell of the champion Boston Celtics. Photo by Bob Gomel.