Women have been borrowing from the Wild West since the talkies: but cowboy clothes are suddenly being taken seriously. We dressed Samantha Jones in some of the brilliantly coloured Western boots, shorter-than-ever skirts in rough suede, ruffled cottons, silver buckles and stetsons of the new Western Look and Willy Rizzo photographed them in La Vallée des Peaux Rouge and at the River Ranch. Fashion chosen by Cherry Twiss. 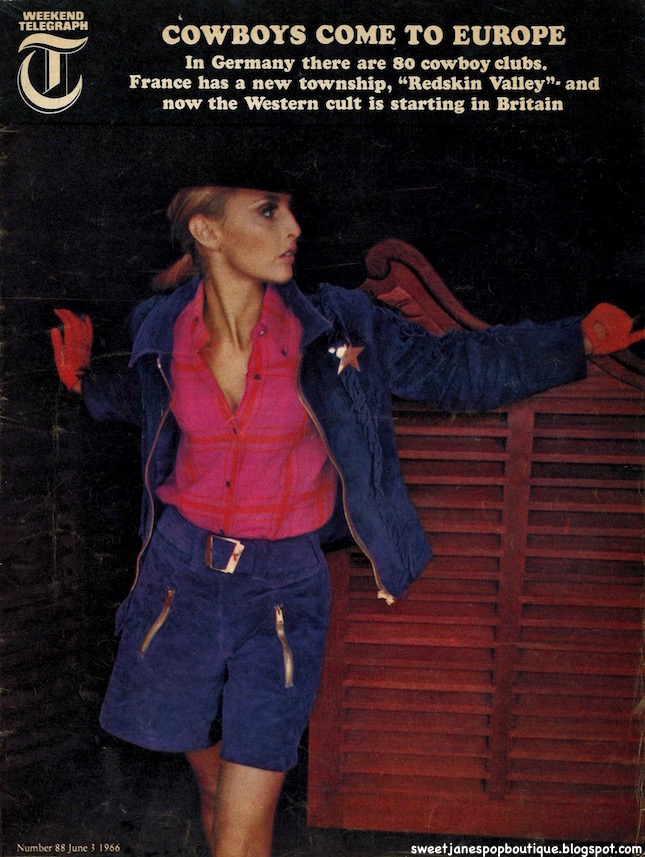 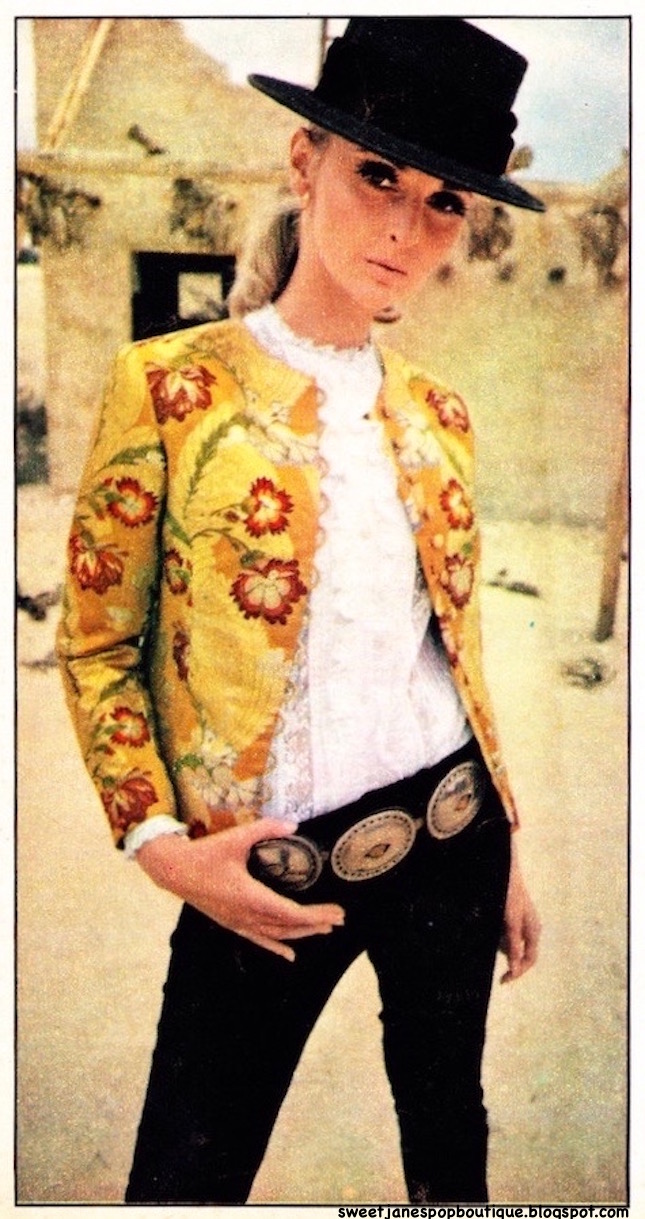 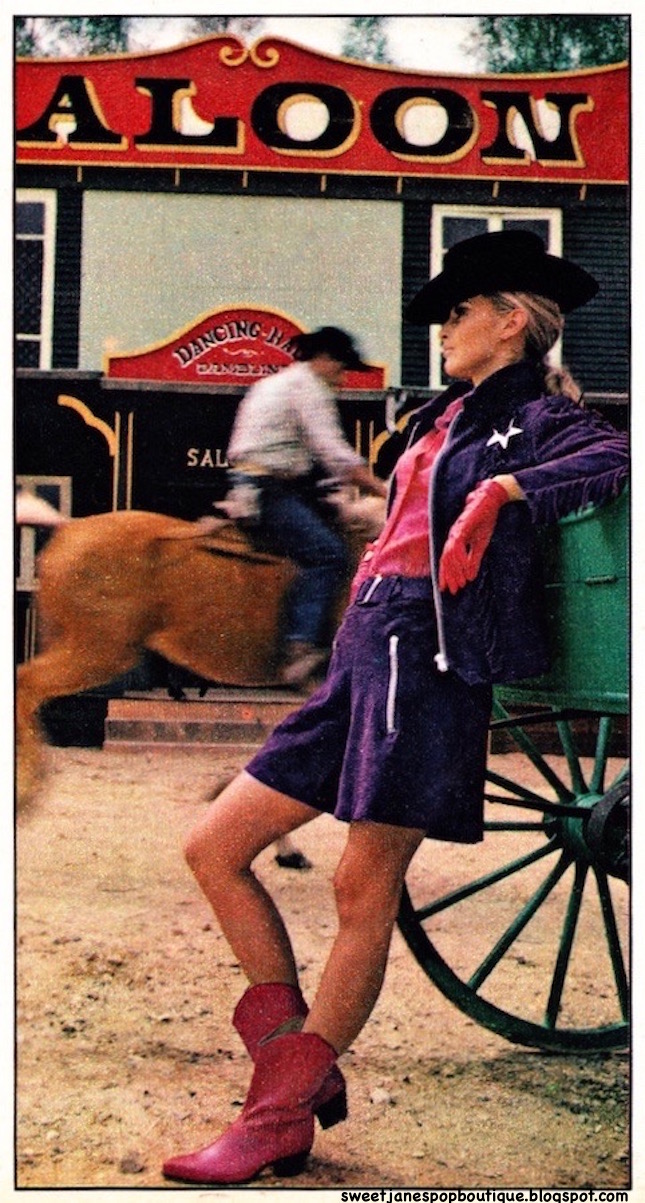 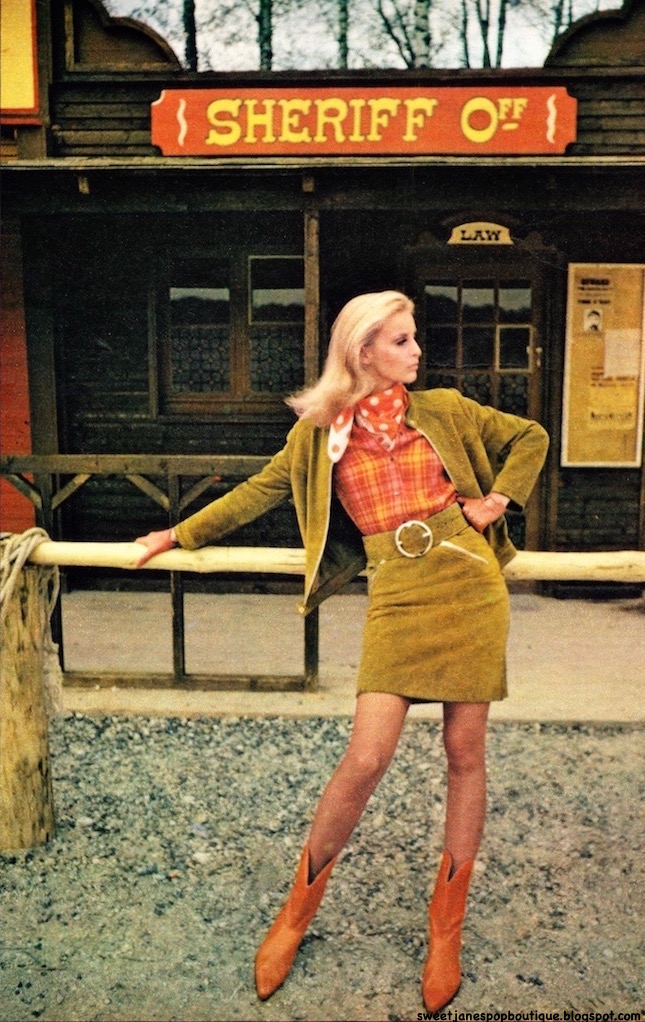 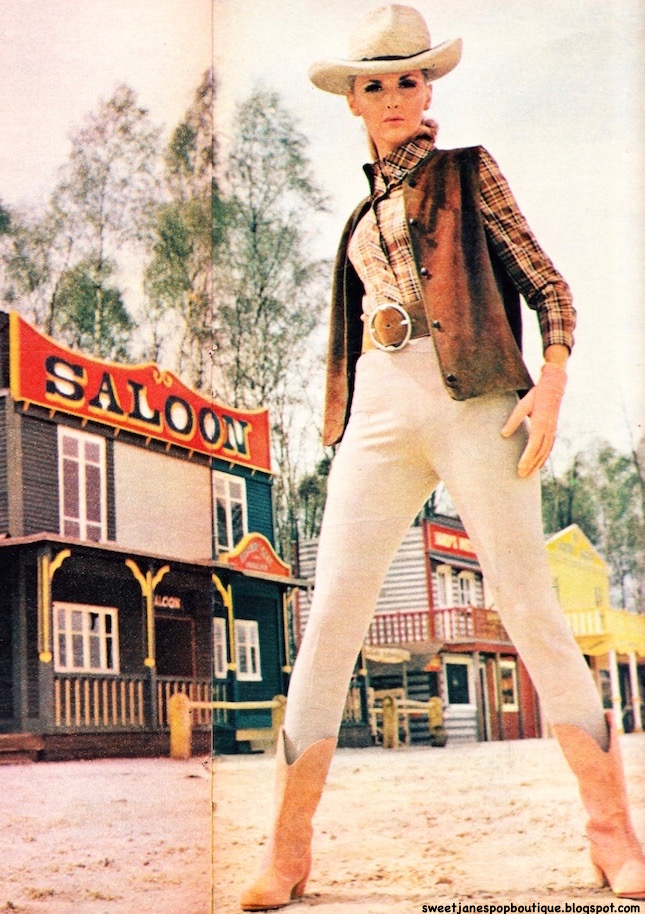 
IMAGE CREDITS & LINKS
All images scanned by Sweet Jane from the Weekend Telegraph Magazine, June 3rd, 1966. Original fashion editorial by Cherry Twiss. All photographs by Willy Rizzo. Model Samantha Jones. Discover more about The Vallée des Peaux-Rouges, the location used as the backdrop in the fashion editorial above―a Western style theme park created by Robert Mottura and Philippe Cart-Tanneur in 1966. Read about the History of Anello & Davide makers of beautiful handmade shoes for men and women, but probably most widely known for The Beatle Boot. View some of my previous posts featuring Western Wear from this period ➽ Pinch the shirt off his back!―Wildly Western in a beige John Wayne shirt from The Westerner (1968); Get Out Of Town - Fast! (1966); Designer Oleg Cassini wears his informal ''International Cowboy Look.'' (1968); A Whole Fashion Scene Going!―The Western Scene, The London Look, and much more! (1966), plus Paris, Spring 1970, to the uninitiated might look more like the Wild West than Right Bank. Read about the late great Billy Murphy ''Founder of The Emperor of Wyoming, a Chelsea emporium which sparked a vogue for vintage Americana.'' And Finally, I'll leave you with the duel from 'Once upon a time in the West' Dir. by Sergio Leone (1968) - soundtrack by Ennio Morricone.