A two page feature on Biba which was included in a fairly extensive report about the 'Long-haired English Scene' for Paris Match, and published just a month after the shop had relocated from Abingdon Road to the new larger premises at 19-21 Kensington Church Street in March of 1966. This report also predates the more widely known Time Magazine 'London―The Swinging City' edition of the same year, which proclaimed London as the city of the decade and cited Biba as the 'most in Shop' for girls, by two weeks.

The mini-skirt conquers the street but not the old Londoners!

A strange shop, Kensington Church Street. Only a sort of porthole hints at what it hides—inside the 1900 decor, with garnet and gold wallpaper, green plants and old mahogany furniture, hundreds of ultra-short dresses hang from hangers!  Their price—less than 50 francs, and an uninterrupted stream of young people from all walks of life, from fourteen to twenty, fight over them. This is the latest fashion store. The name is "Biba". Tomorrow, in a nearby street, yet another new shop will open, and it too will attract many people: even if it seems to appear willingly old fashioned, because one of the main concerns of the new generation is "good" clothing. There are cases of young girls who buy ten dresses a week. 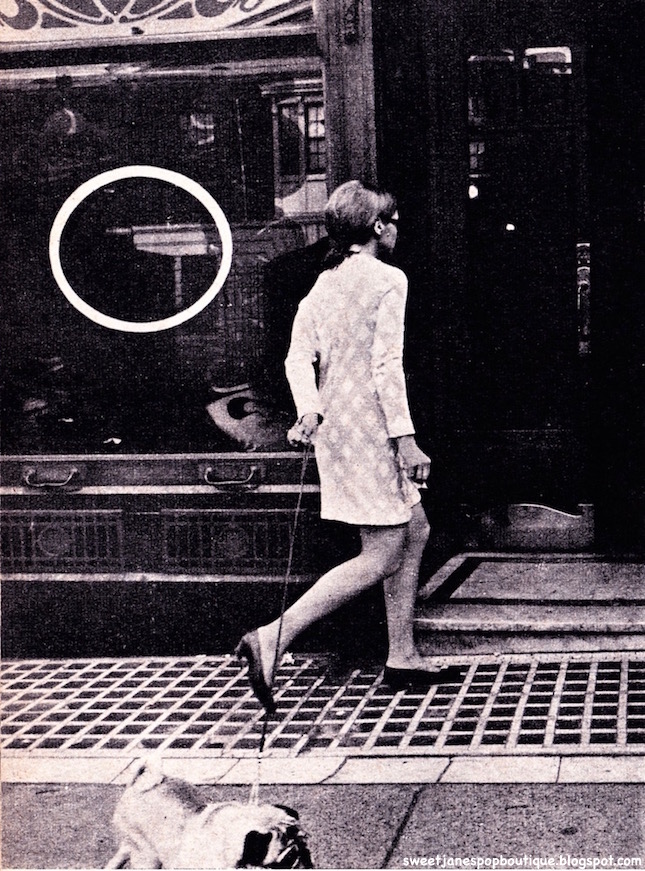 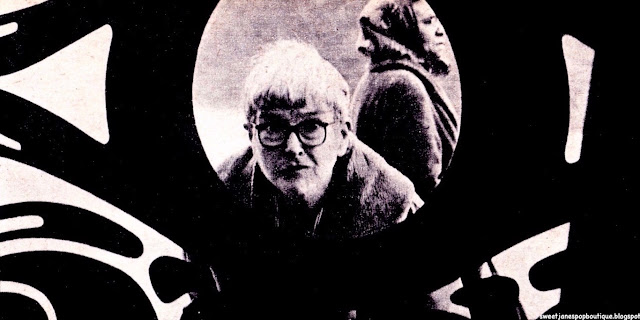 On the outside looking in, a passer-by peers through the mysterious window at Biba, Kensington Church Street, (March 1966). 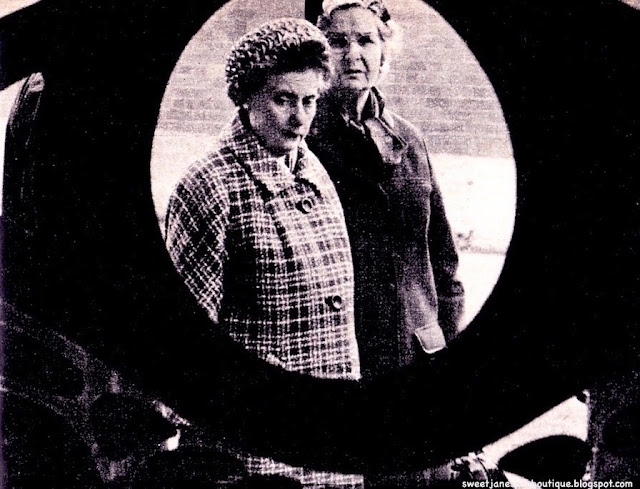 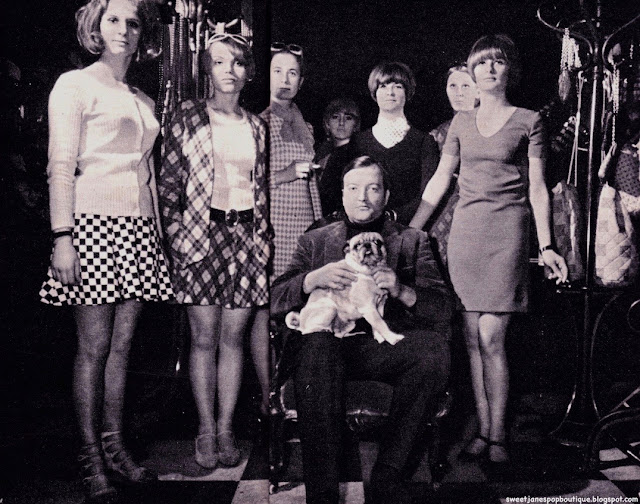 IMAGE CREDITS & LINKS
All images scanned by Sweet Jane from Paris Match, Issue No. 886, April 2nd, 1966. All Photographs by Patrice Habans. Further reading about the aforementioned Time Magazine 'London: The Swinging City' issue published April 15th 1966 via 'The Youngest Legend in History: Cultures of  Consumption and the Mythologies of Swinging London' by David Gilbert, for The London Journal. View some of my previous posts about Biba at 19-21 Kensington Church Street, including this fantastic 'full colour' feature for LOOK Magazine published a year later Biba: London's Mini Mecca (1967); Biba: Mini, Minier, Miniest! (1967).  Another view through that Art Nouveau window in The Swinging Revolution (1966). Four minutes and forty-one seconds inside Biba Kensington Church St. More about the man behind the Art Nouveau window design: Biba Artist & Interior Designer Antony Little and also Antony Little: Beardsley, Biba, and Beyond. And finally, one for all those curious passers-by, Little Anthony & the Imperials - I'm On The Outside (Looking In).
Posted by SWEET JANE at 12:26 No comments: 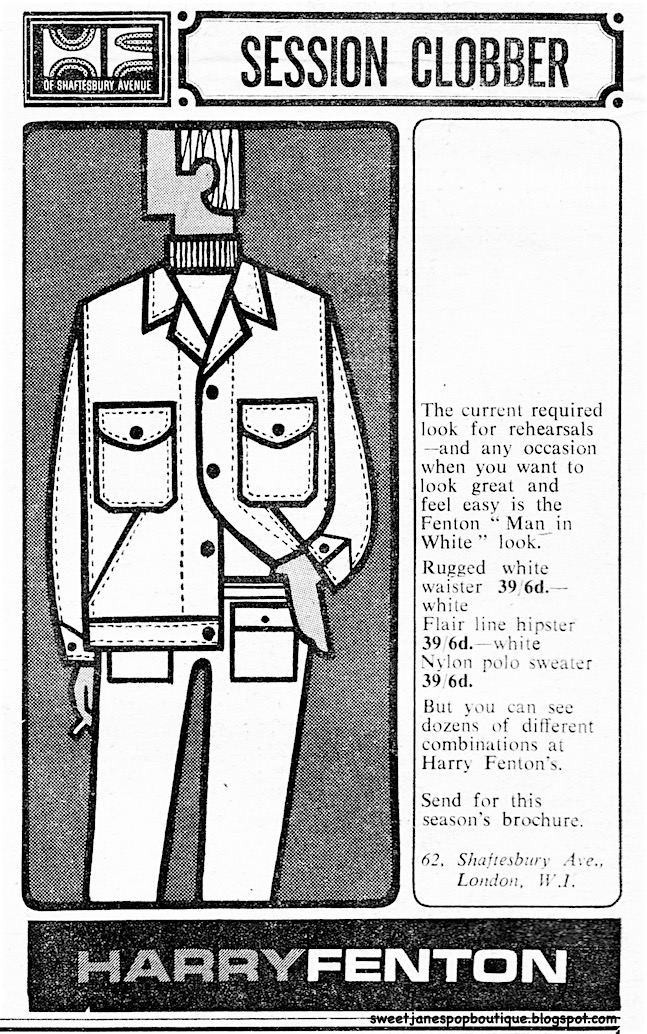 IMAGE CREDIT & LINKS
Image scanned by Sweet Jane from the New Musical Express No.1010, May 20th, 1966. View another Harry Fenton of Shaftesbury Avenue print advert from 1966 in one of my previous posts Harry Fenton Flare Up! (1966). That Ealing moment: The Man in the White Suit (1951). The Rolling Stones Paint It Black, Brian Jones dresses in white (1966). "Tell 'em to wear f**kin' white and come when I call" Dig! (2004).  And finally, Whatever Happened to Harry Fenton?
Posted by SWEET JANE at 18:11 No comments:


From Mary Quant, a completely new look!
Why should it just be Nature who changes her face for Autumn? Wine-dark Autumn colours to wear against a pale, powdered face. Jeepers Peepers eyeshadow in six rich colours; a new Shadow Stick in mahogany; four new moist lipsticks in colours like crushed grapes; and four toning nail polishes. 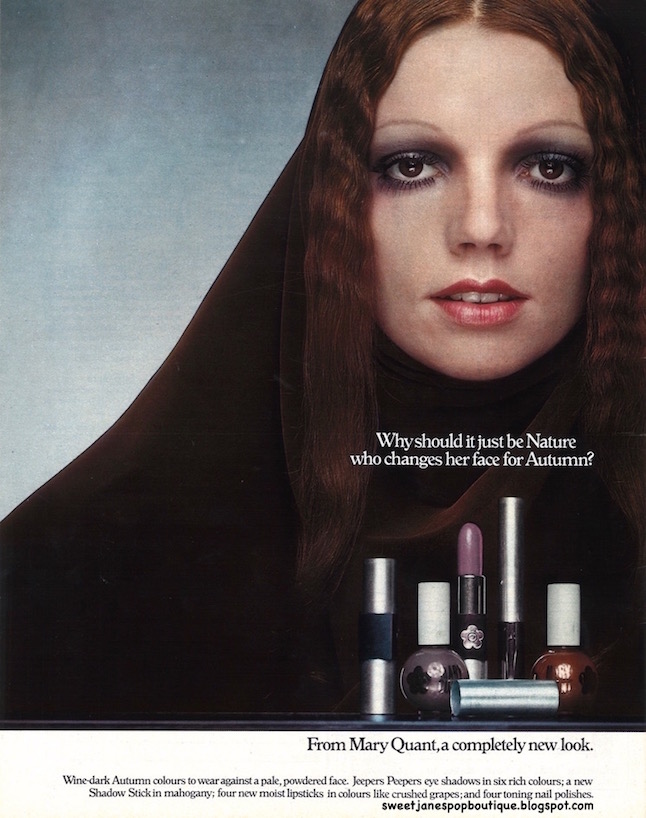 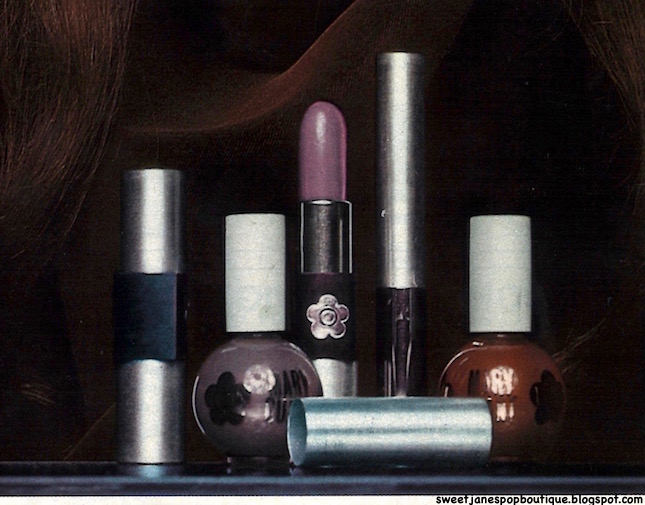 IMAGE CREDIT & LINKS
All images scanned by Sweet Jane from 19 Magazine, November 1970. Photographer and Model uncredited/unknown. View some of my previous Mary Quant Make-Up posts ➽ Co-ordinated Quant (1966); Mary Quant gives you the Bare Essentials (1966); Mary Quant Cosmetics (1967); The Five Faces of Twiggy (1968) in which, Twiggy's 'Ginger Rogers' look is achieved using Mary Quant Make-Up. Film footage of Mary Quant and her Make-Up range (1968). View Mary Quant - Una donna un paese (1972) almost 20 minutes of fantastic Quant and London street fashion filmed around the King's Road and Chelsea area, plus an extensive interview with Mary (over dubbed in Italian). Visit Mary Quant Cosmetics Ltd.. The forthcoming retrospective exhibition Mary Quant at the V&A, opens on Saturday, 6th April 2019. Swinging London: A Lifestyle Revolution (1952-1977) opens February 8th 2019 at the Fashion and Textile Museum—this exhibition presents the fashion, design and art of the Chelsea Set; a group of radical young architects, designers, photographers and artists who redefined the concept of youth and challenged the established order in 1950s London. At the forefront of this group of young revolutionaries were Mary Quant and Terence Conran. And finally, “Days decrease, and Autumn grows, Autumn in everything." (1971).
Posted by SWEET JANE at 17:17 2 comments: