Simpson of  Piccadilly
A 1969 advertising feature for Simpson's of Piccadilly, to show their take on how ski-ing had turned from a mere sport into a 'bold new slant on the high life'. Simpson's department store―established by Alexander Simpson in 1936, was originally intended to serve as a flagship for the S. Simpson menswear brand, but a year after opening they designated the fourth floor of the incredible Joseph Emberton designed building to womenswear. The store was also the inspiration behind the television sitcom ''Are You Being Served?'' which was co-written by Jeremy Lloyd, who had worked there for a brief period in the 1950s before pursuing a career as a scriptwriter and actor. More images and further information available via the links at the end of the post.

The Palace Hotel is the grandiose temple of the St. Moritz scene and Simpson's the centre of fashion for the devotee. Unquestionably. At the Palace Bar on the Kings Club, the international ski world emphasises the strong accent on the apres. And listening to the cabaret, Aznavour or Francoise Hardy, perhaps, the snow outside seems a long way away. Until morning. 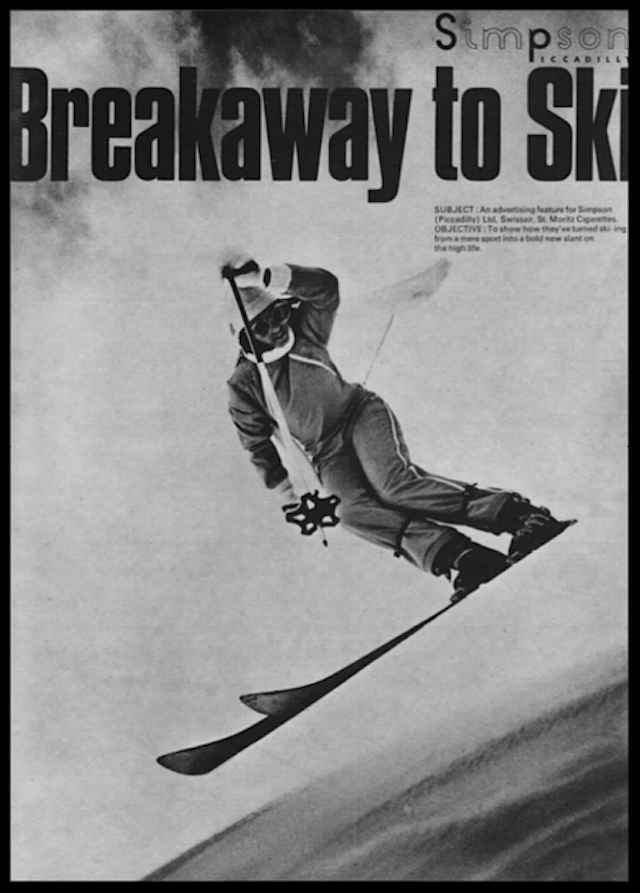 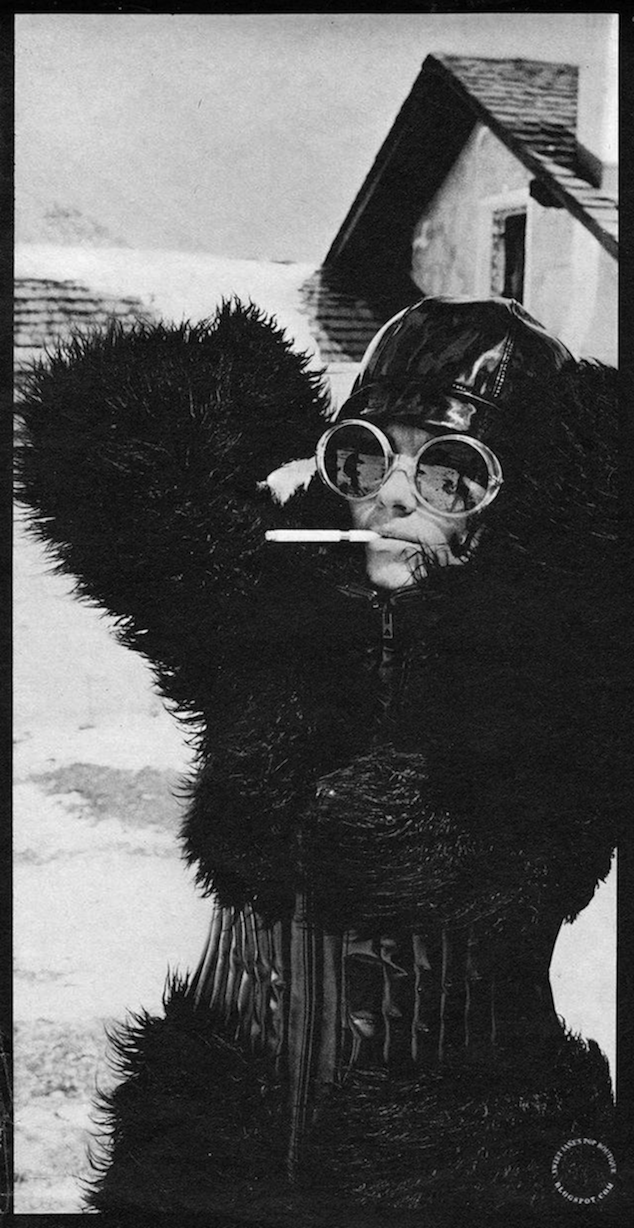 ABOVE: Après ski-coat: Black Acrylic fur with elasticised Polyamide waist, £60, from Simpson's of Piccadilly, London W.1. Accessories: All ski accessories, including skis, boots and goggles, to be found at Simpson's Breakaway shop. 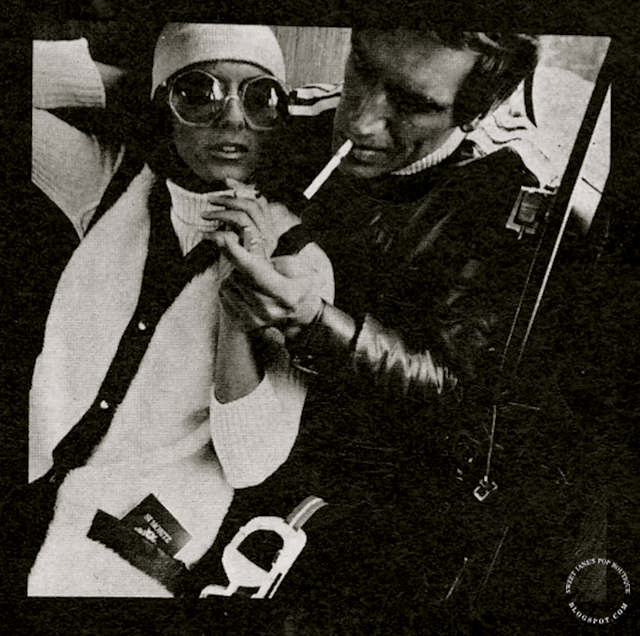 His anorak: Burgundy, white trim 'wet-look' nylon £23. Also Black/White. Her tunic: White Acrylic fur with red Polyamide trimming; £26. All from the Breakaway shop at Simpson of Piccadilly, London W.1. Their cigarettes: 'St Moritz' the luxury light virginia cigarette with a touch of menthol. 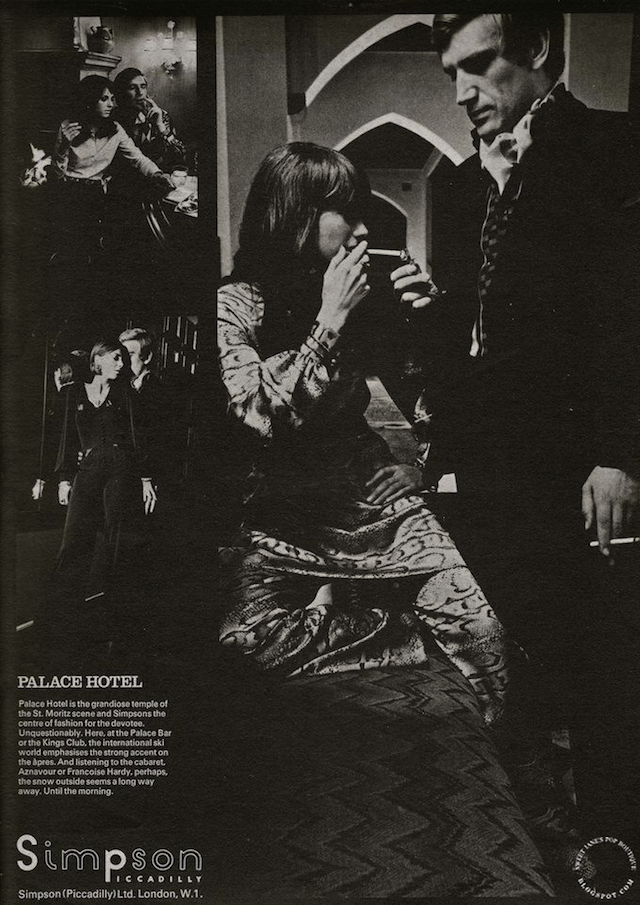 RIGHT His dinner jacket: Black velvet; £28, His dress trousers: Black mohair and worsted; £13. Her dress and trousers; Silk satin snake print; £80 15s. His clothes from Trend. Her clothes from the Summer House, at Simpson of Piccadilly. 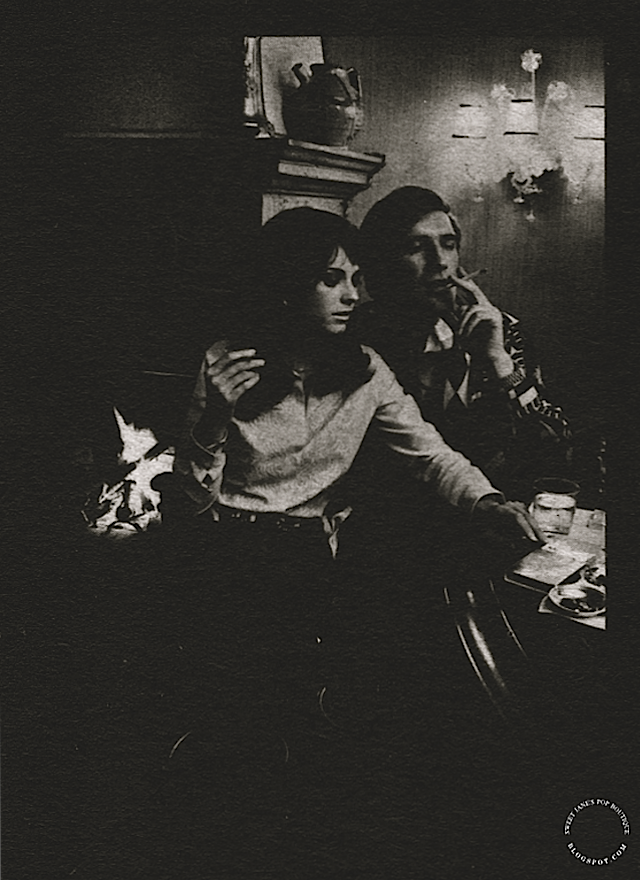 ABOVE His Shirt: Grey and brown abstract print wool; £10. Her shirt: Embroidered beige cotton; £7 10s. Her trousers: Linen and cotton brown crushed velvet; £20. His clothes from Trend. Her clothes from the Summer House, at Simpson of Piccadilly. 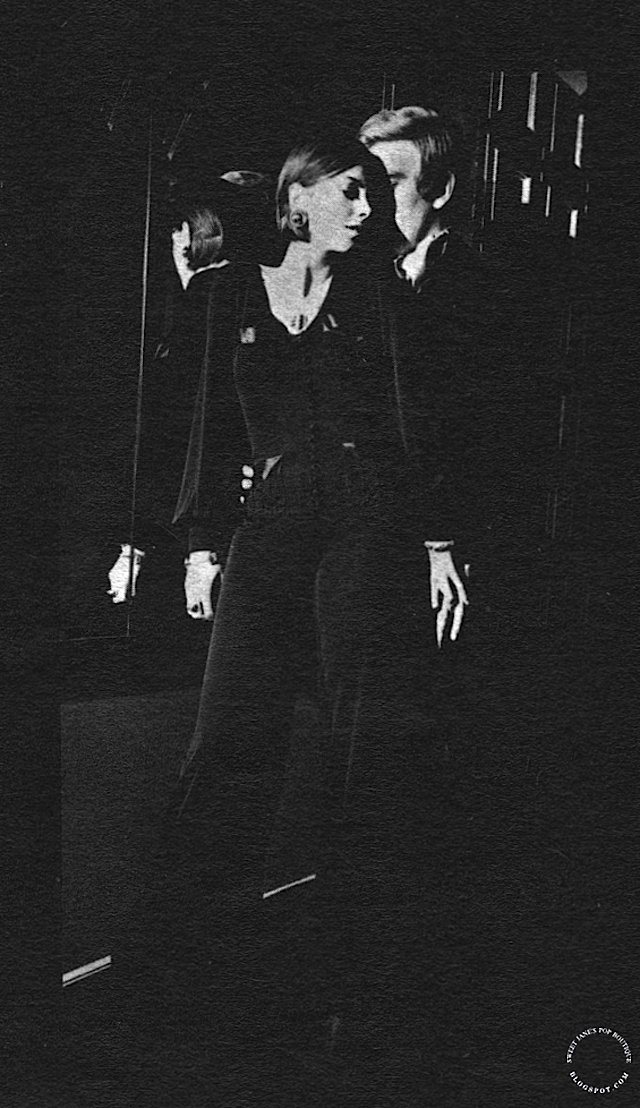 ABOVE: Her jump-suit; Black crepe rayon jersey; £47 5s. His clothes from Trend. Her clothes from the Summer House, at Simpson of Piccadilly.

IMAGE CREDIT & LINKS
All images scanned by Sweet Jane from Queen Magazine 12th - 25th November 1969. Photographs by Vernon Stratton. All clothing from Simpson of Piccadilly. Discover more about the department store established by Alexander Simpson in 1936 here. Read about the heritage of Simpson's and visit the official Daks website here. Some fantastic images from Simpson's catalogues of the 1930s through to the 1970s on the excellent 'The Cutter and Tailor website, and you can also view film footage of the interior via The Observer fashion show, which took place at the store in 1968 here (no sound included with the clip unfortunately!). You'll find further information about the architect Joseph Emberton on Mid Century: The definitive guide to Modern furniture, interiors and architecture here. More about the wonderful Jeremy Lloyd here, and a clip from Smashing Time (1967), featuring Jeremy as music biz manager Jeremy Tove here.  Are You Being Served? Season (1) Episode (4) His and Hers featuring Joanna Lumley, who was married to Jeremy Lloyd in the early 1970s, and it was in fact Joanna who had suggested to him that he should write about his previous experience in retail. One from the international ski world's playlist: Francoise Hardy - Song of Winter (1969) here. And finally, next time that you're in Piccadilly, you can visit the site of the original Simpson shop (now a Grade I listed building), which today serves as the flagship store for Waterstones.