Antony Little | Beardsley, Biba, and Beyond

Beardsley, Biba, and Beyond

I have been an admirer of the work of artist and interior designer Antony Little for a very long time, from the fin de siècle style backdrop and beautiful window design which he created for Michael Rainey's 'Hung On You' boutique in Cale St, to the iconic black & gold Biba logos and Art Nouveau inspired facade designed for the Kensington Church Street shop in 1966 and beyond. So you can probably imagine how pleased I was to have recently received an email from the man himself following his discovery of an article which I had posted about him here on the Sweet Jane blog earlier this year! I had always wanted to see more of his work and to my delight, along with the email he also forwarded some scans of his illustrations for Guillaume Apollinaire's 'The Wandering Jew and Other Stories' originally published by Rupert Hart Davis in 1967. They really are quite beautiful and also superb examples of the resurged interest in the Art Nouveau movement which was so prevalent throughout the applied arts in London at that particular point in time―as a result of a major retrospective exhibition featuring the work of Aubrey Beardsley at the Victoria & Albert Museum the previous year. Antony has very kindly given me permission to share the images and you can also view an *updated version of my original post about the work of Antony Little here. 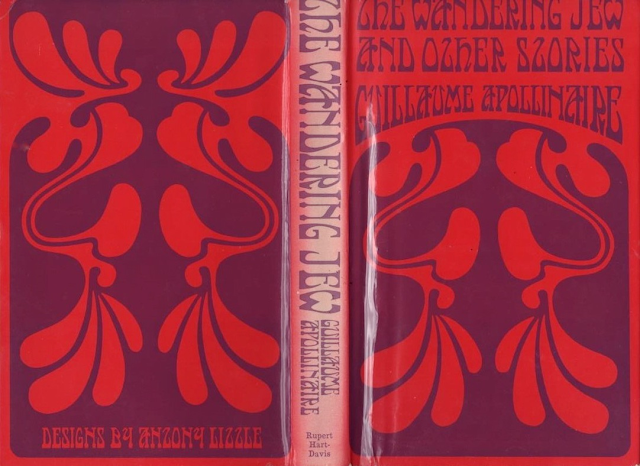 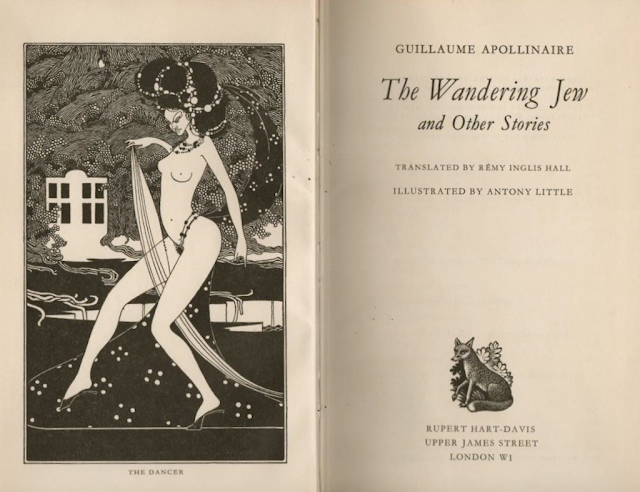 IMAGE CREDITS
All images illustrated by Antony Little, Originally published in The Wandering Jew and Other Stories by Guillaume Apollinaire, 1967.  All images  courtesy of Antony Little.
Posted by SWEET JANE at 05:58