Before the sunshine goes and the annual dragging out of last year's woolies starts, RAVE takes a long lingering look at some of the scene-stealing fashions that the summer of 68 will be remembered for. Basically, there were three distinct styles: Long, cool and very feminine were the crêpes and laces reminiscent of something Auntie used to wear. Tight bodiced, colourful and wild were the gypsy looks that even endeared an off-the-peg outfit to second-hand dressed Julie Driscoll! Fringed and casual, heads banded in scarves and suede bands were the Indian scout looks which also invaded our streets. 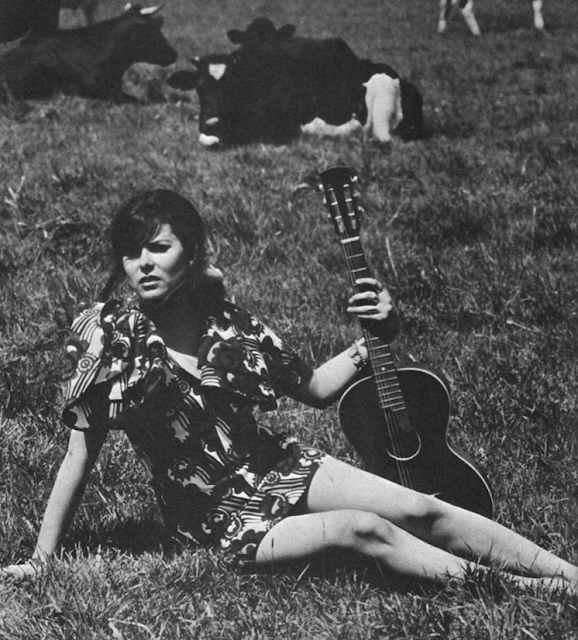 IMAGE CREDITS
All images and original text scanned by Sweet Jane from RAVE, August 1968. Photographs by Chris Holland.
Posted by SWEET JANE at 06:31