Now here's something that I would really like to see more of - the Biba Men's range! Particularly the first collection which coincided with the opening of the Kensington High Street shop in September 1969. However, only a mere two pages from the launch brochure designed by John McConnell which illustrated the range were featured in The Biba Experience by Alwyn W Turner, and to date I haven't come across any other photographic evidence of Biba menswear in print or in any vintage auctions, apart from a pair of well worn and obviously much loved platform boots which sold on Ebay quite recently. The singular image displayed from the catalogue designed by McConnell does look very promising indeed, but what I have read regarding it suggests otherwise, it would seem that although a bold attempt was made to establish the line, they ultimately failed to find an appropriate design ethos which could stand on par with their distinctive Biba women's wear label or to make a real impact upon the already highly developed and competitive men's fashion market in London.

Regardless of this, it continued onwards from the initial launch in 1969, eventually moving from the mezzanine above the children's department in Kensington High Street to the entire third floor of Big Biba at the Derry & Tom's building in 1973. Along with the transitional move to its own floor at the new premises also came a change in the design concept, the original elements of the classic 60s dandy image were replaced with a more mature suave look which drew inspiration from 1930s and 1940s influences while maintaining a contemporary feel. There were traditional suits in the typical Biba spectrum of plum, coffee and black with undergarments in matching colours, all displayed in classic old-style wardrobes around the edges of the department, as well as Stetson hats, monocles, canes, cloaks, luggage and accessories...although I strongly suspect that the rock 'n' roll types of the day were probably still shopping in the girls section for t-shirts and whatever else took their fancy! The Men's Department was one of the first to be closed in march of 1975 after the property developers British Land had taken over the company but all in all, prior to this, it had survived six years of retail, so it was obviously quite successful on some level up to this point. I do wish that I had more photographs from the range, but thankfully we still have the fantastic illustrations by Kasia Charko from the Big Biba Opening Day Newspaper which at least give us an impression of what was on offer. 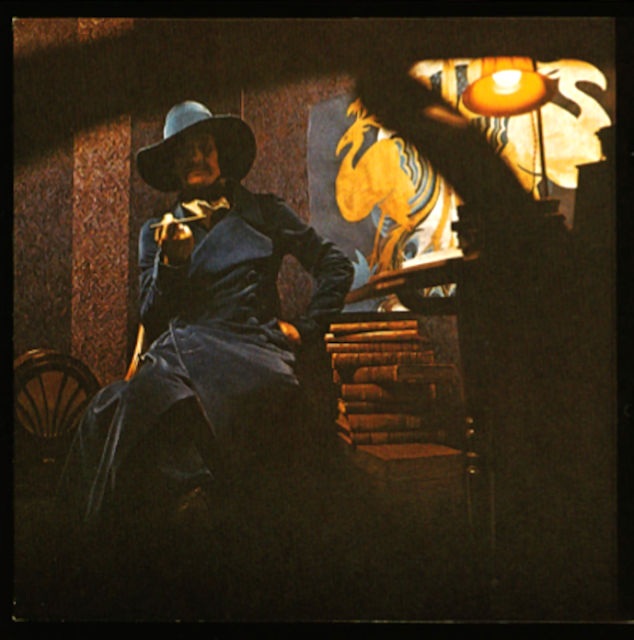 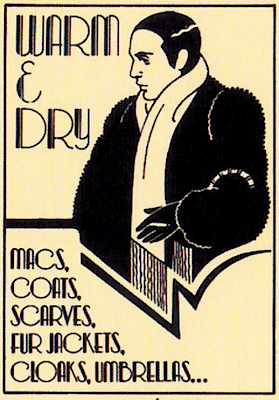 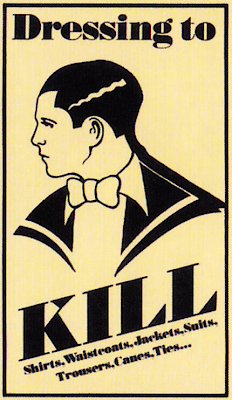 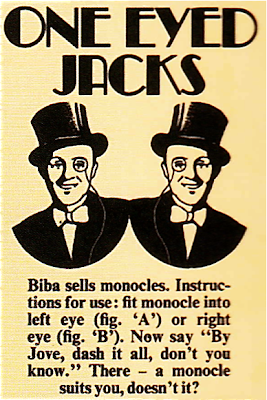 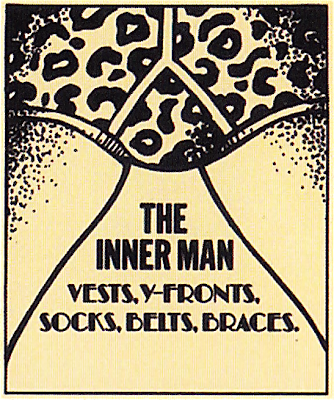 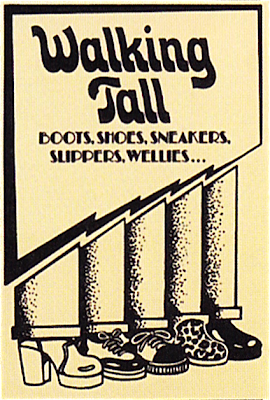 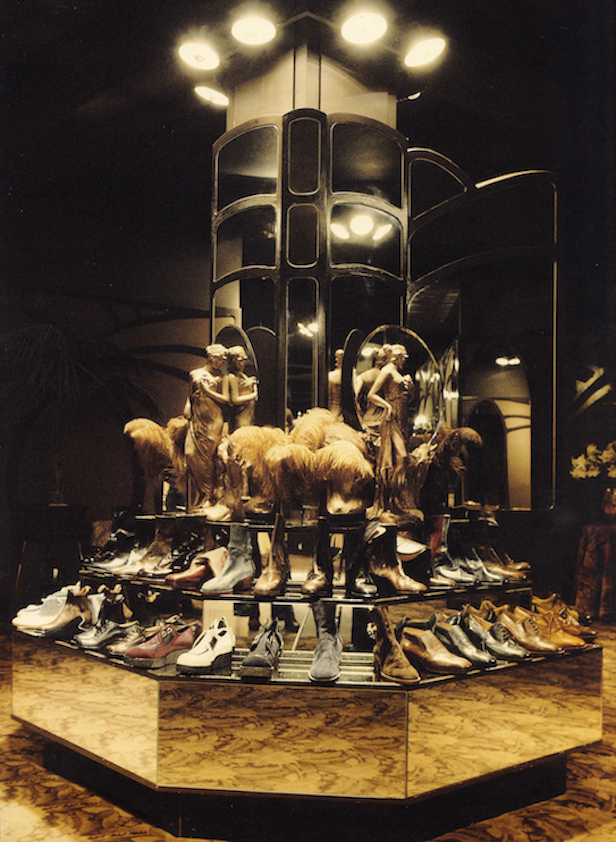 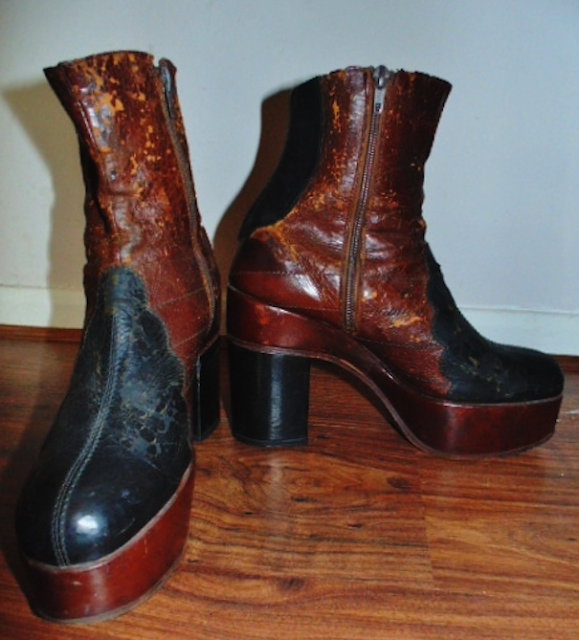 *A pair of Men's platform boots from Biba which surfaced recently on Ebay. 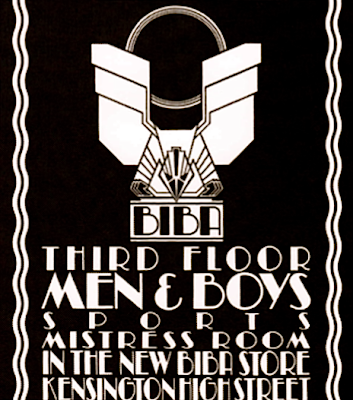 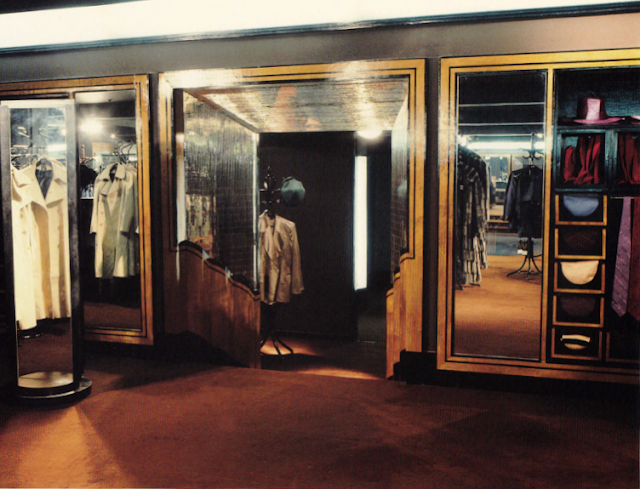