They're called Hot Pants, Short Shorts, Cool Pants, or simply Les Shorts - and in no time they have captured the fashion scene. Augmented by tights or body stockings and boots, hot pants are everywhere, winter winds or not. In Paris, London and New York, department stores can't stock them fast enough. And their eager acceptance by designers from the smallest boutique to the highest couture means that hot pants will be around for a while. "They are the sort of fad" said a European fashion observer "that topples institutions." 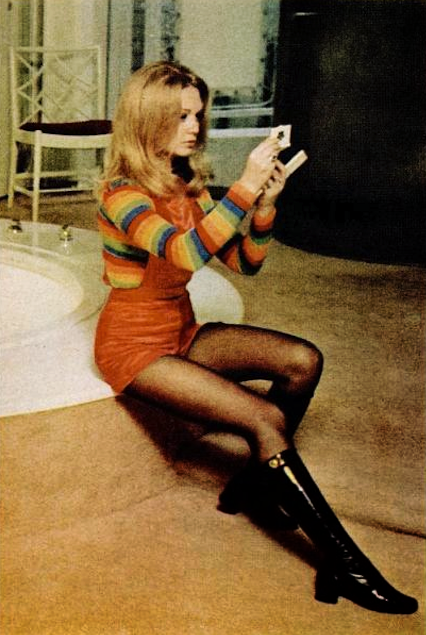 Comparing photos, (right) one Parisienne wears a knitted number from Dorothée Bis while her friend has on velvet shorts from Fousta.

Hot pants could mean chilblains while pub crawling in frigid London, but Jill Offwood covers her satin shorts with a shaggy maxi.


IMAGE CREDITS
All images scanned by Sweet Jane from  an original fashion feature in Life Magazine, January 29th 1971. All Photographs by Enrico Sarsini.