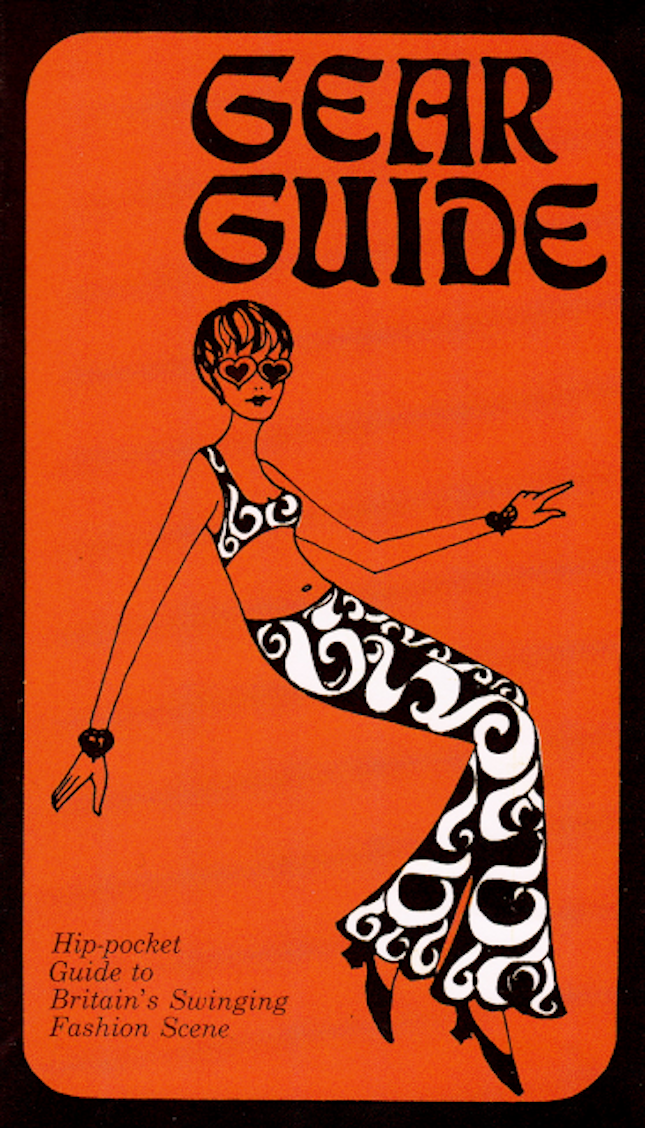 To those of you who have gazed longingly at this cover in various 1960s fashion source books over the years―or for anyone who eventually found a tattered copy of it listed on ebay (usually for sale at an exorbitant price) only to have it snatched away from your virtual grasp by another bidder seconds before the auction ended...you'll be happy to know that those days are well and truly over! Gear Guide: a hip-pocket Guide to Britain's Swinging Fashion Scene originally published in May 1967 is currently back on the book shelves, lovingly restored to its former glory and available at an extremely reasonable cost thanks to Old House Books who have recently republished it. The title accurately describes the contents―it is a concise guide to the most notable shops around at this point in time, quite similar in many respects to Millicent Bultitude's Get Dressed which was published a year earlier―as both books were a response to the burgeoning boutique scene which had emerged in London throughout the decade. However, while 'Get Dressed' covers an array of shops from various locations around the city, the Gear Guide narrows it down considerably, focusing the attention on Carnaby Street in Soho where the new fashion scene originated, and also on the King's Road in Chelsea, which by 1967 had become an equally strong contender in its own right. 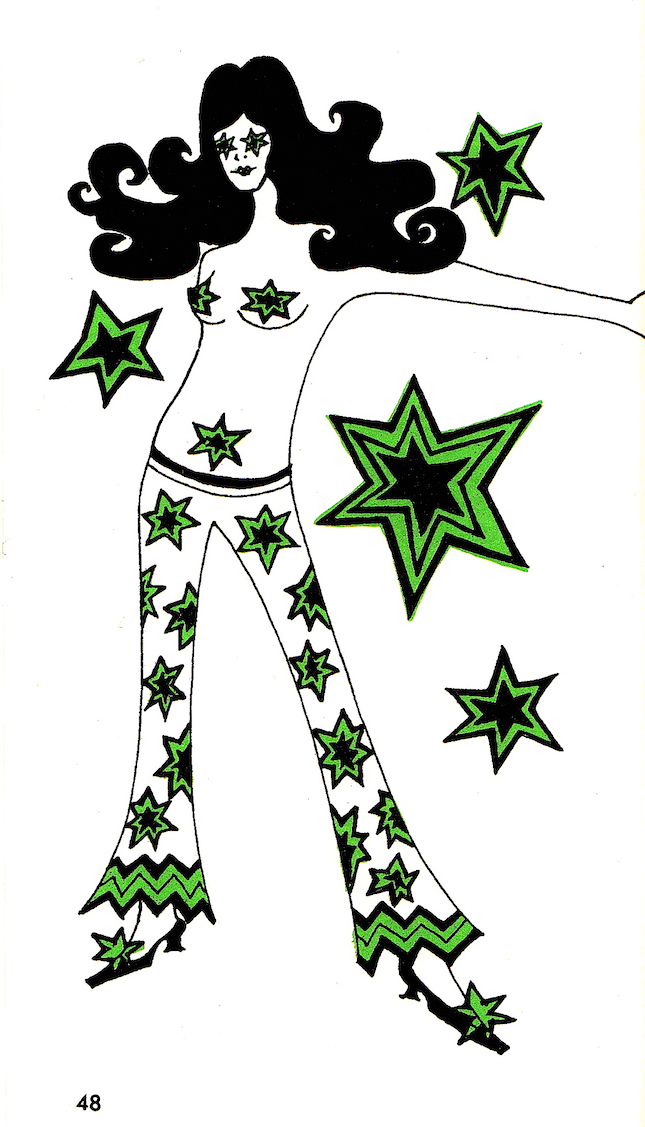 The book consists of 72 pages plus folded endpapers, and is interspersed throughout with some great illustrations, photographs and maps, there is also an informative introductory chapter which describes in detail how the boutique trend initially began and developed. It covers Vince (the very first mens's boutique in the Carnaby Street area), all of the John Stephen shops, as well as Gear Boutique, Bazaar, Donis, Dandie Fashions, I Was Lord Kitchener's Valet, Just Men, Lady Jane, Granny Takes a Trip, Foale & Tuffin, Top Gear and Countdown etc plus one or two others that I wasn't previously aware of such as Hat Gear (Men and Girls) 12 Ganton Street, and 4.30 (Girls Boutique) run by Carol Derry located at 430 King's Road, which, apart from a brief mention in Millicent Bultitude's Get Dressed and The Young Meteors by Jonathan Aitken, is still a fairly unfamiliar one to me. However, although it sounds really interesting, it seems to have been quite short lived, as most of these boutiques were, and the premises would soon become the location for Michael Rainey's Hung On You boutique (1967-1969) and thereafter Tommy Roberts' and Trevor Myles Mr Freedom outlet (1969-1970), then Paradise Garage, followed by Let it Rock, Too Fast to Live, Too Young to Die, and more.  The closing chapters discuss the current fashion trends, noting that although the idea of 'functionalism' was quite strong with an emphasis on simplified mass produced designs in disposable materials (paper dresses), 'Revivalism' via the second-hand clothing trade was equally prominent. It also looks towards possible future fashion trends, so, all in all, a very worthwhile acquisition and a unique insight into boutique culture from this period. The Gear Guide can be ordered directly from the publisher here. 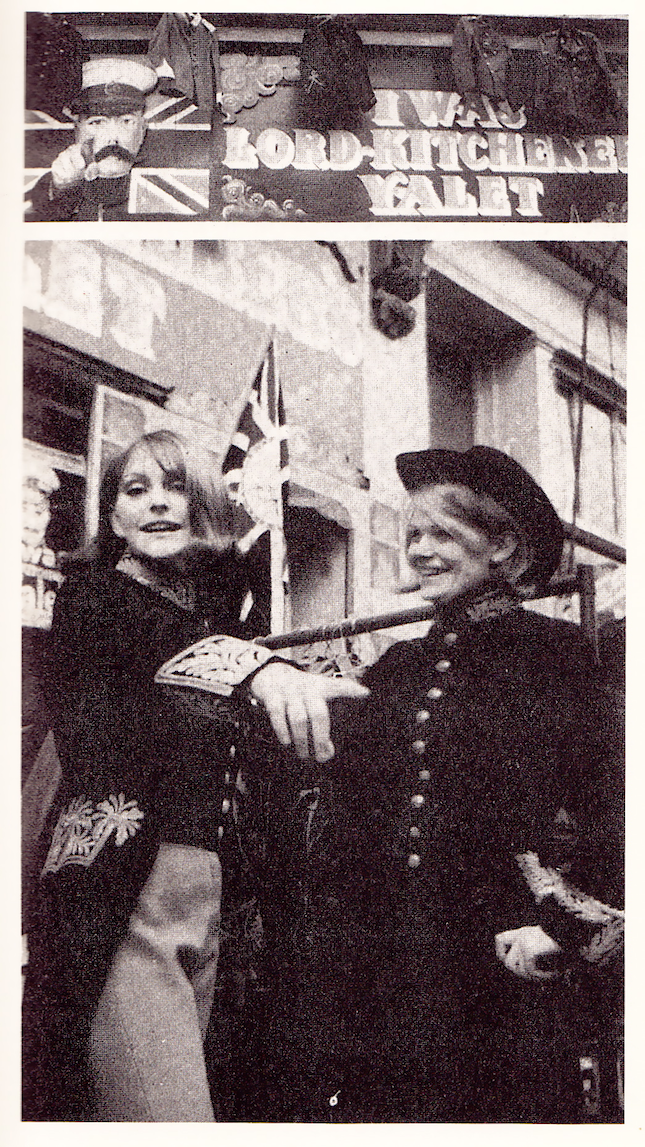 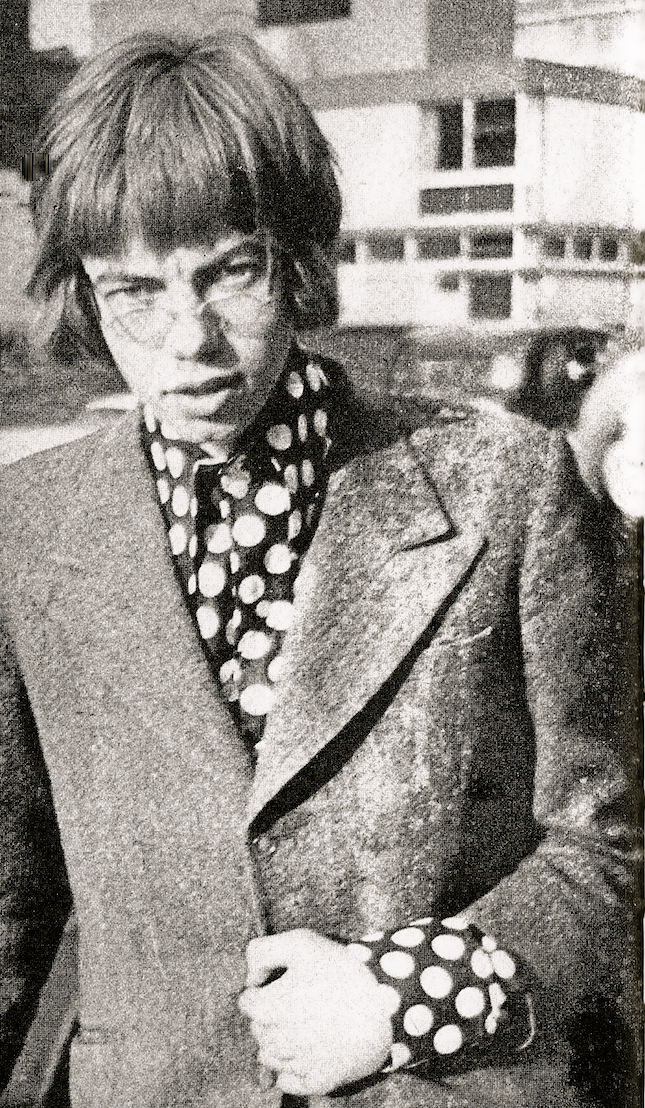 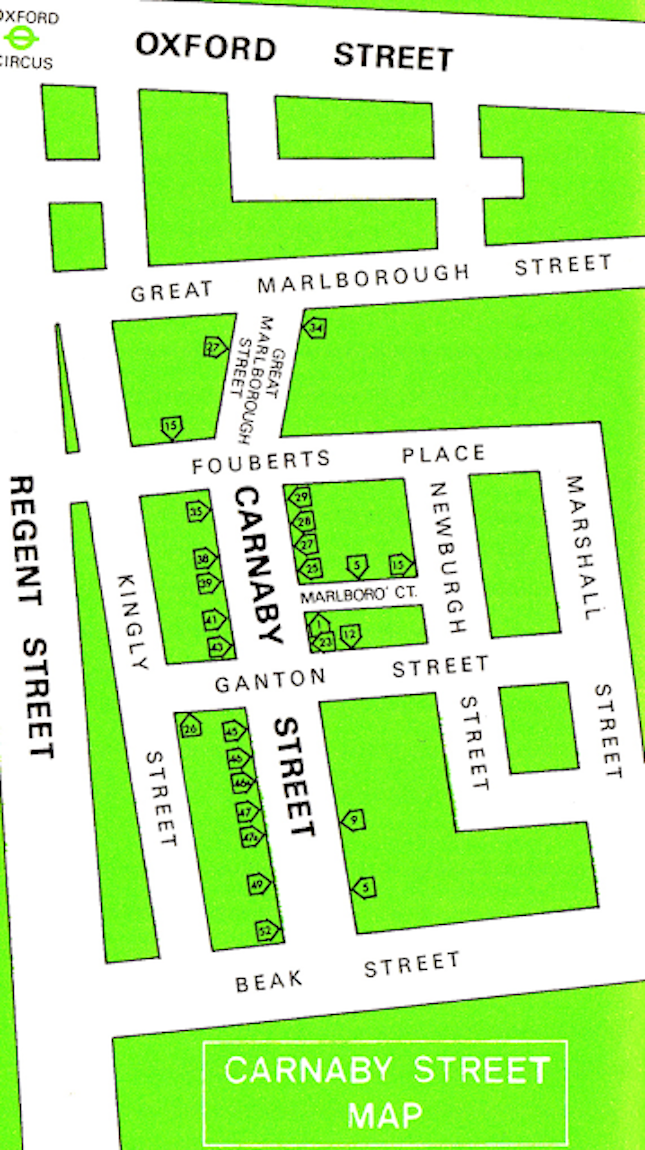 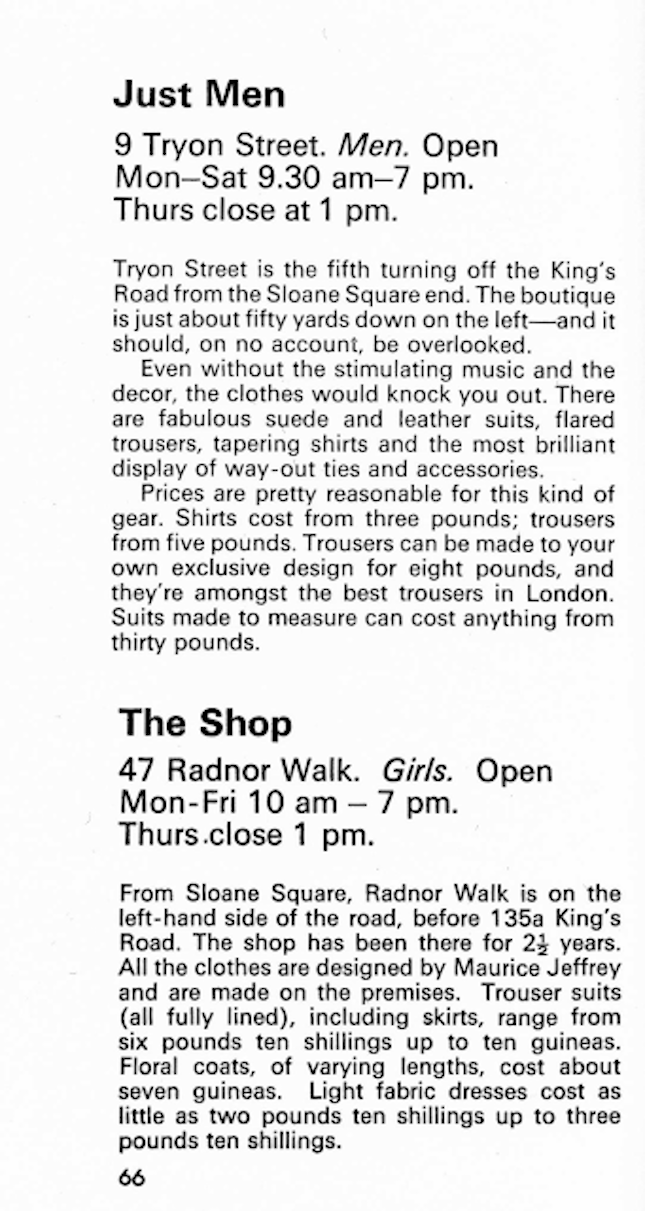 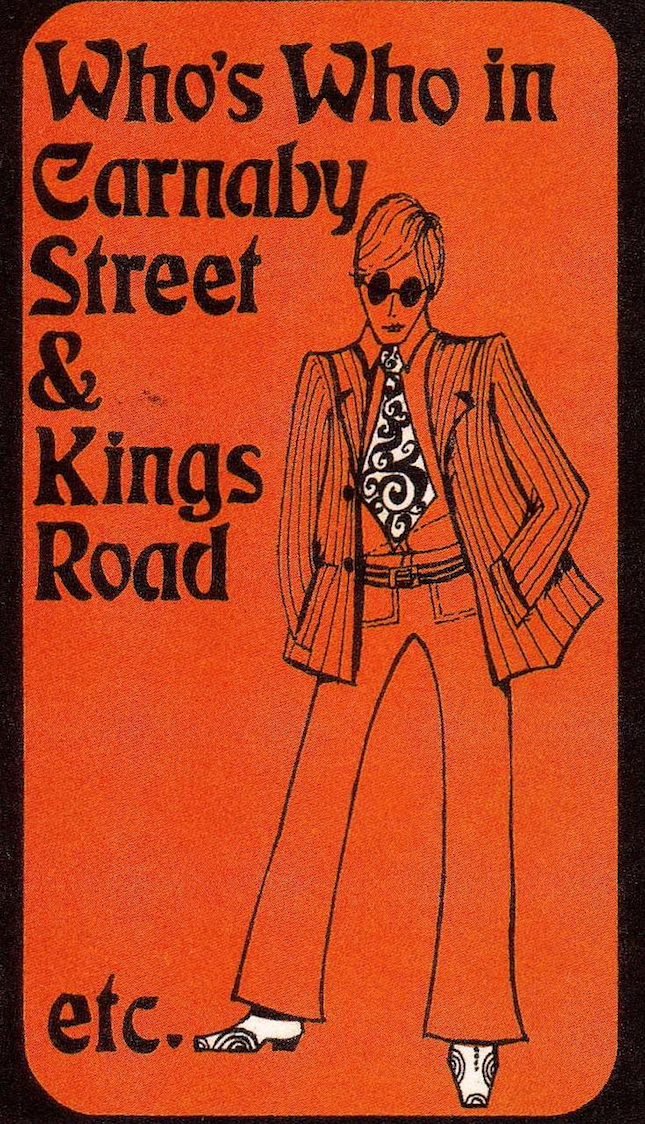 * The original back cover of Gear Guide published in May 1967.

IMAGE CREDITS &  LINKS
All images scanned by Sweet Jane from Gear Guide (1967) by David Johnson and Roger Dunkley. Drawings and design by Julia Stone, Photographs by Bob Baker, published by Old House *except for the original back cover of Gear Guide which was scanned from Boutique a 60s Cultural Phenomenon by Marnie Fogg.  Gear Guide 1967 is also available for sale online through Amazon here. The entire catalogue of Old House Books can be found on the publishers website here. One of my previous posts about the British Boutique scene, including information about Get Dressed by Millicent Bultitude can be found here.
Posted by SWEET JANE at 06:50