As promised, this is the second part of the RAVE Magazine 'British Boutique Boom' editorial which I first posted about a couple of weeks ago. You can find my original post here. 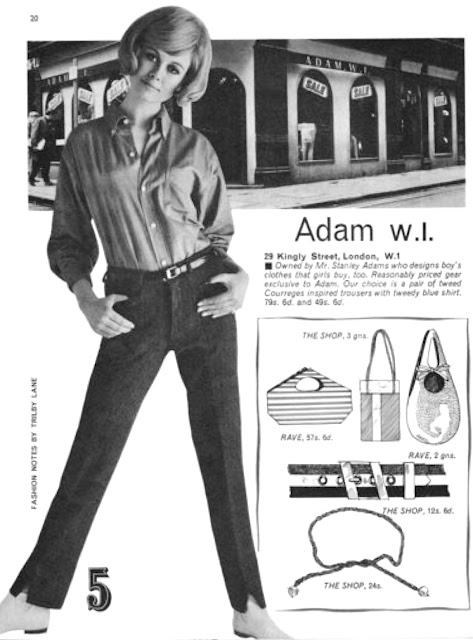 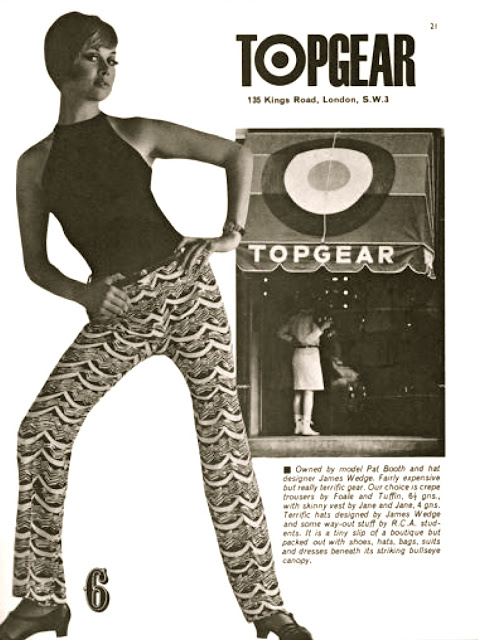 TOPGEAR
135 King's Road, London, S.W.3. Owned by model Pat Booth and hat designer James Wedge. Fairly expensive but really terrific gear. Our choice is crepe trousers by Foale and Tuffin, 6½ gns., Terrific hats designed by James Wedge and some way-out stuff by R.C.A students. It is a tiny slip of a boutique but packed with shoes, hats, bags, suits and dresses beneath it's striking bullseye canopy. 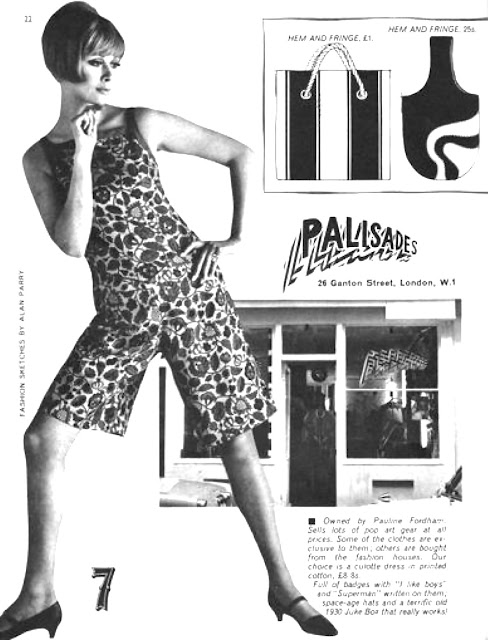 PALISADES
26 Ganton Street, London, W.1. Owned by Paulene Fordham. Sells lots of pop art gear at all prices. Some of the clothes are exclusive to them; others are bought from the fashion houses. Our choice is a culotte dress in printed cotton, £8 8s., full of badges with "I like  Boys" and "Superman" written on them; space-age hats and a terrific old 1930s Juke Box that really works! 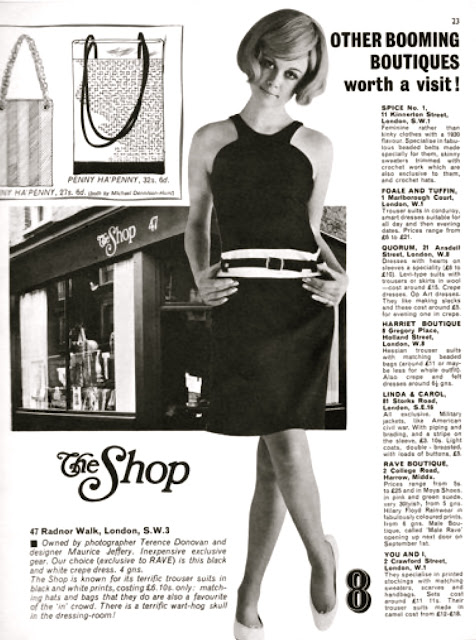 THE SHOP
47 Radnor Walk, London, S.W.3. Owned by photographer Terence Donovan and designer Maurice Jeffery. Inexpensive exclusive gear. Our choice (exclusive to RAVE) is this black and white crepe dress, 4gns. The Shop is known for it's terrific trouser suits in black and white prints, costing £6. 10s: matching hats and bags that they do are also a favourite of the 'in' crowd. There is a terrific wart-hog skull in the dressing room.