I finally picked up a copy of London Scene over a year ago after a really long search and was very pleased to do so—having been intrigued by the cover and thoughts of what lay beyond it ever since it had first come to my attention. And it hasn't disappointed—it's every bit as good as I had imagined it would be. Originally published in 1969, the book consists of 220 pages, 44 of which are made up of text (all of it in German...I shall get around to translating it someday!). Thankfully, the other 176 pages are all photographs, mainly black & white with about seven or eight in colour, the title page plus the endpapers (both front and back) also contain several images. I would describe it as a reportage photographic document of street style and the underground scene in London during the late 1960s, it reminds me of the work of Frank Habicht and John Hendy from around this period. A copy can set you back anywhere between £80-£180, but I have previously seen it auctioned for a lot more on Ebay, the price obviously driven up by the fact that it has become so rare over time.

However, once in a while, a slightly less expensive copy arises for sale, and at last it was my turn to find one! There are some really beautiful photographs in this book, it captures the hippie fashion scene particularly well, and it also contains several images of Amanda Lear with Ulla Larsen of The Chelsea Antiques Market amongst others, such as Yoko Ono, The Nice, Alexander Trocchi, and  David Vaughan of Binder, Edwards & Vaughan. The photographers also captured images of the International Times office and The Arts Lab, plus lots of London street fashion, architecture, shop window displays from Gear, Mary Quant and I was Lord Kitchener's Valet. One of my personal favourites is a beautifully illustrated print advert by Rob Peters for Tommy Roberts' Kleptomania boutique in Carnaby Street, unfortunately the scan doesn't quite do it justice―in reality it's printed on a silver foil background. The following images are just a brief glimpse of what you can expect to see. It's also worth noting that the book measures 8"x 8" and that the majority of the images are of a corresponding size, so if you click on the individual scans it will give you a good indication of what to expect. 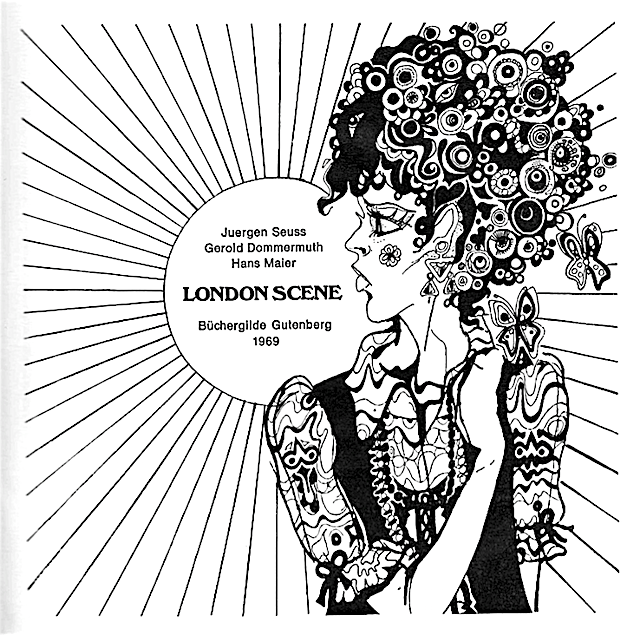 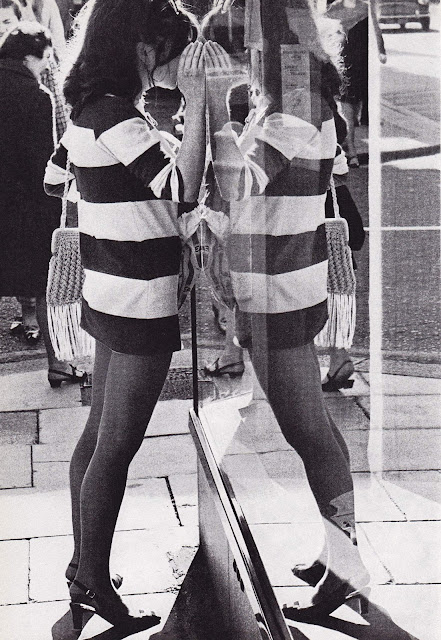 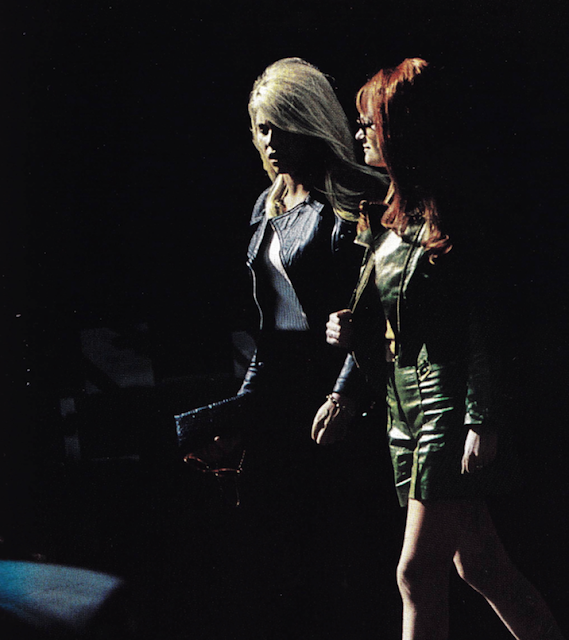 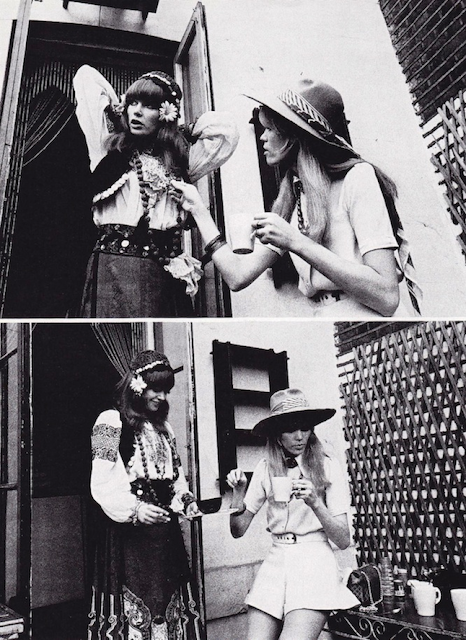 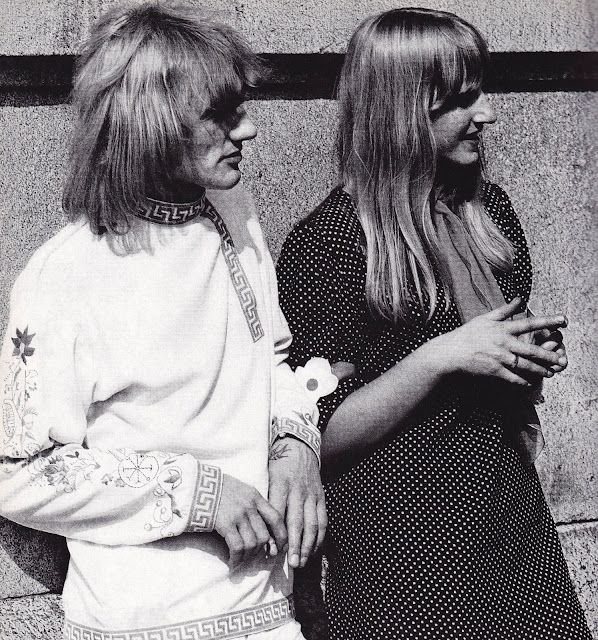 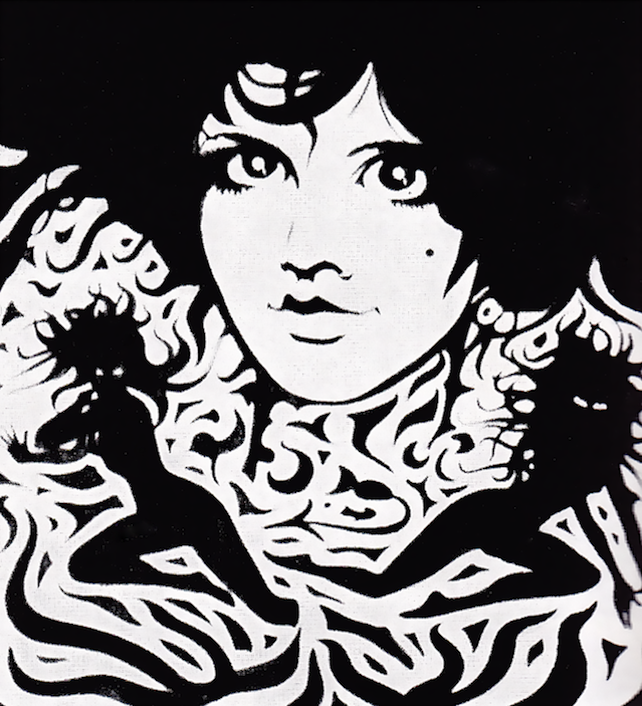 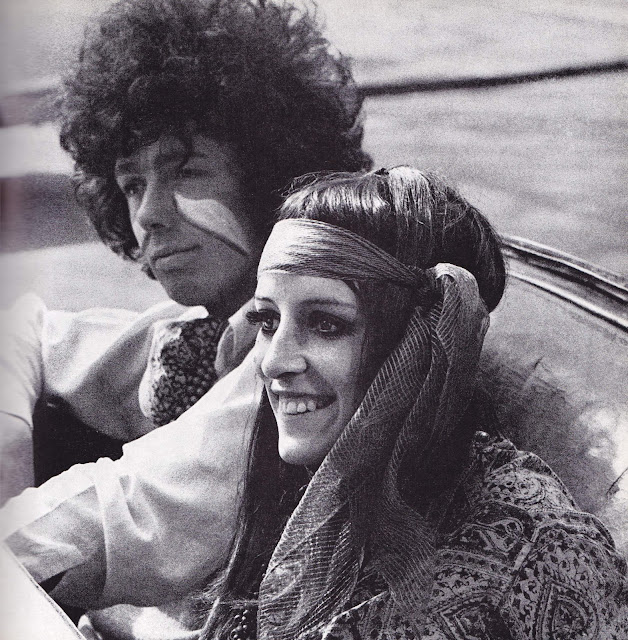 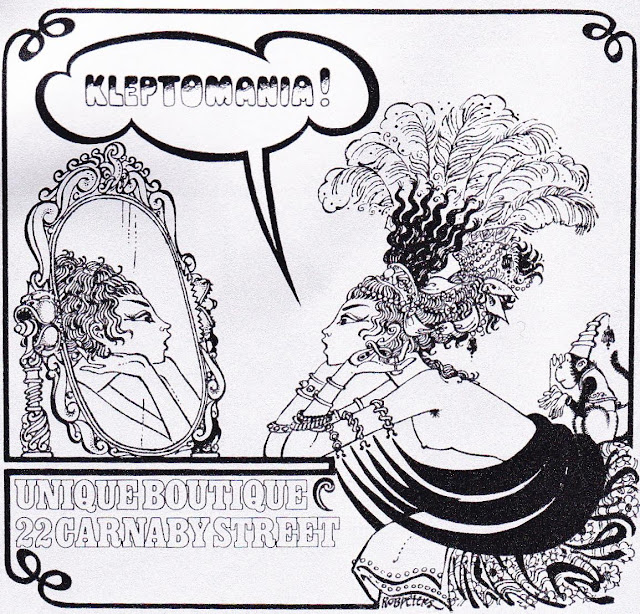 PHOTO CREDITS & LINKS
All images scanned by Sweet Jane from London Scene by Juergen Seuss, Gerold Dommermuth and Hans Maier (Büchergilde Gutenberg) 1969.  View In the Sixties - The photography of  Frank Habicht in one of my previous posts. Plus further information on Tommy Roberts' Kleptomania Boutique. Black on the Canvas: The trailer for the feature length documentary about the life and times of the artist David Vaughan. And last but not not least be sure to check out 'My Dad's Photographs―The photography of John Hendy' a comprehensive study of London Street style from 1967-1975