Queen Magazine in the Sixties (Part 2) 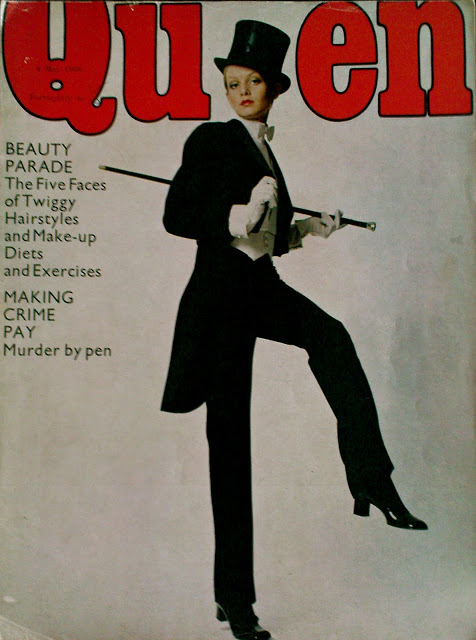 8th of May 1968. One of the five faces of Twiggy...This version is inspired by Ginger Rogers. The others-and how she creates them are on pages 76-81. Twiggy's white tie, tails and top hat are from Bermans, the theatrical costumiers, and her shoes are from Charles Jourdan. The Photograph is by Justin De Villeneuve. 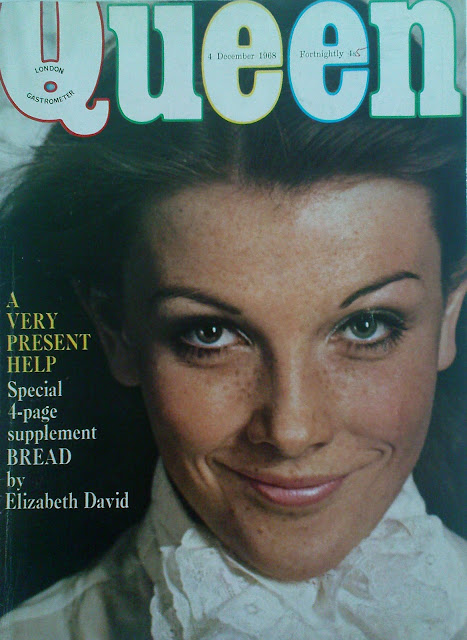 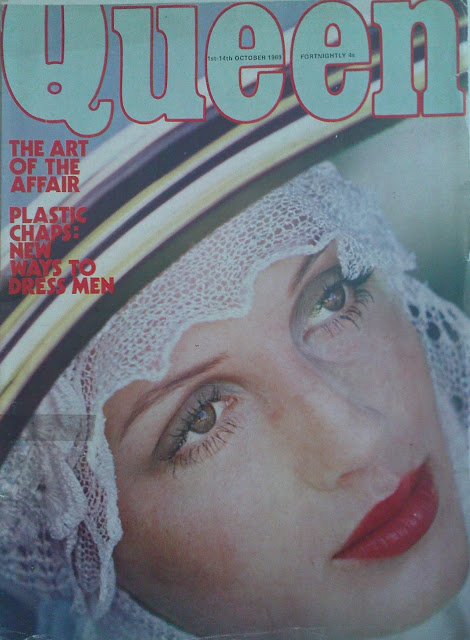 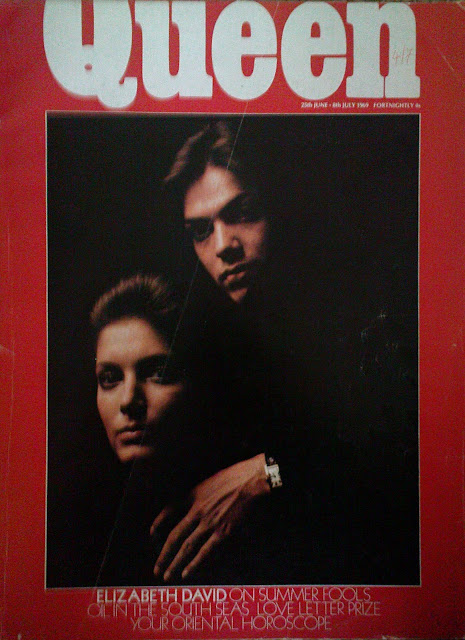 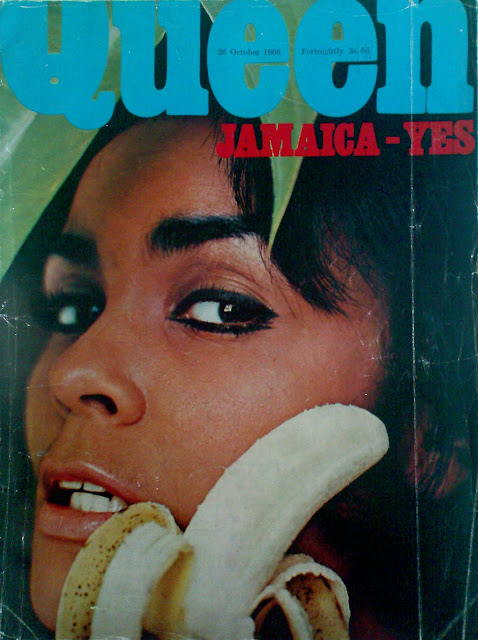 26th October 1966. Mrs Michael Manley, whose husband is leader of the National Worker's Union and the son of the Hon Norman Manley, Leader of the Opposition in Jamaica, and of Mrs Manley. Banana by Fyffes, of course. 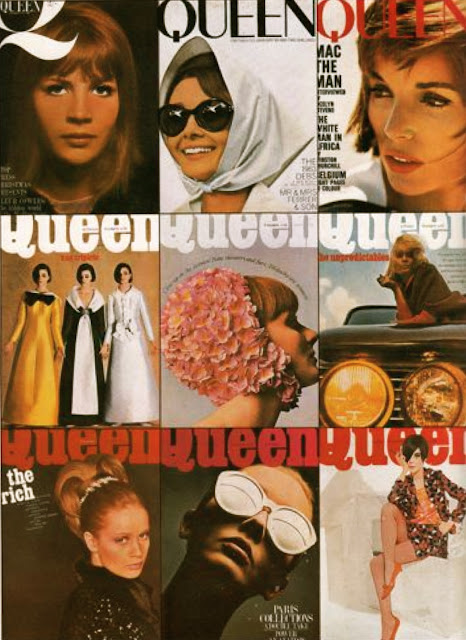 IMAGE CREDITS
All images  & original scanned text from my personal collection of QUEEN Magazine.
Posted by SWEET JANE at 09:33