A boy's angle on boys' fashion 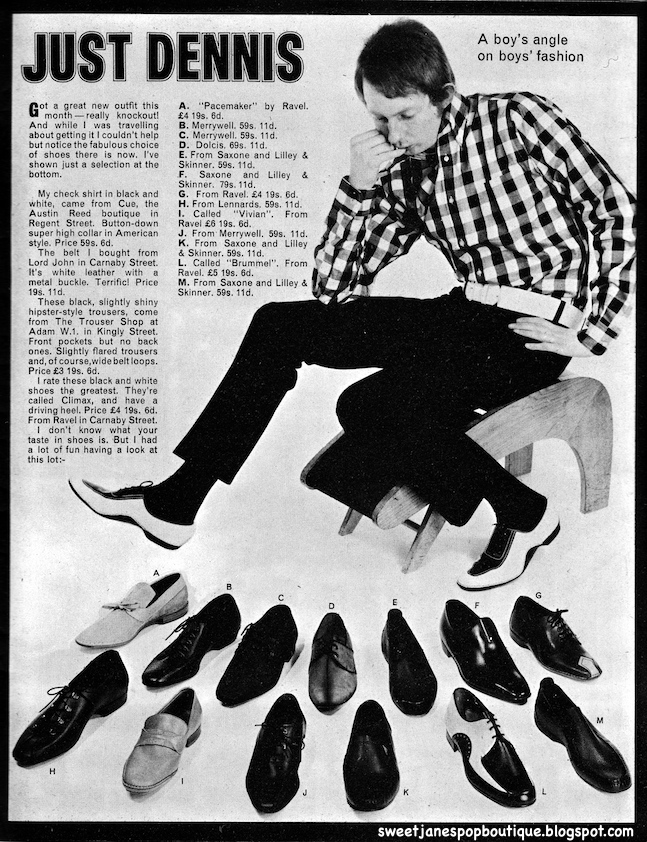 Decisions, Decisions...a wise man once said "where there is choice—there is misery" (fans of The Monkees' film 'Head' (1968) will probably recognise that, yes, I am referencing that particular wise man). But either way, there are clearly way too many pairs of fantastic shoes to choose from here! However, after much deliberation, young Dennis finally settled on the pair that he is wearing, as he felt that they suited his new outfit better than the rest, he rated them as the greatest! They're called Climax, and have a driving heel. Price £4 19s. 6d. from Ravel in Carnaby Street. Dennis's shirt in black and white check comes from Cue, the Austin Reed boutique in Regent St. It features a Button-down super high collar in the American style. Price 59s. 6d.  The belt is white leather with a metal buckle from Lord John in Carnaby Street. Price 19s. 6d. The trousers are black, slightly shiny hipster-style (front pockets but no back ones) and slightly flared too, with extra wide belt loops, from The Trouser Shop at Adam W.1. in Kingly Street. Price £3 19 6d. 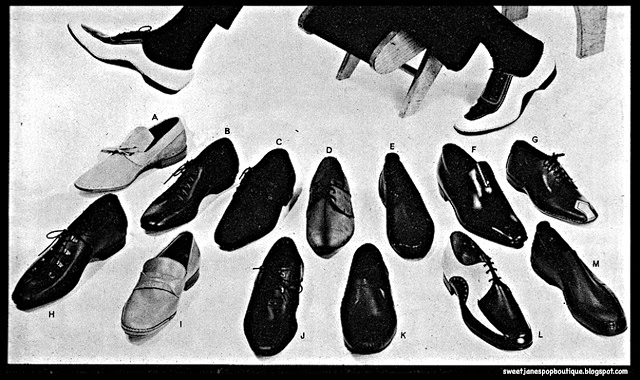